As a mum to a very active ten month old little boy I do need to let my hair down once in a while. I’m sure I’m not alone as someone in their early thirties that gets confused on where to go out in MK nowadays. A place that will play music that you actually want to listen to and of course where they sell cocktails (yum) and won’t cost you the earth to get home from. 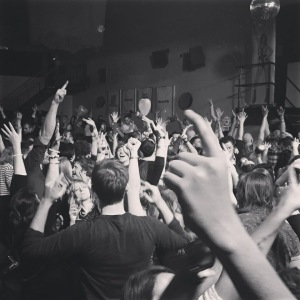 Growing up in the 90’s really influenced my musical taste. Brit pop, indie music and the boybands (drool). It really was an exciting time to grow up.

Now, I’ve always been jealous that Northampton has its own dedicated 90’s night for some time as it is quite a mission to visit, but I am so, so, so happy that the guy behind the night, John Donaghue has joined forces with MKFM to not only bring a night to Milton Keynes once a month but will also be on the airways on our very own local radio station every Saturday night!

The night called ‘Boombastic 90’s’ will be in the Theatre District at MK Social the last Friday of every month from 10pm until 3am. Entry is FREE before midnight and there’s 2-4-1 cocktails all night! It’s quite rare to find drink deals all night in any bar on a Friday in MK so you can’t sneeze at that. And when they’re promising to play all the 90’s big hits. You can find out more on their website http://boom90s.co.uk

Maybe I’ll see some of you there this Friday 29th May at their latest night? 90’s fashion is totally optional – Some things might be better left in the past…