Tonight I attended the Easter Lush blogger event at my local Lush store in Milton Keynes. It was so lovely to meet lots of bloggers from around the area and even further afield. It was super exciting to be given an in depth look at the new soon to be launched Easter range before anyone else too. 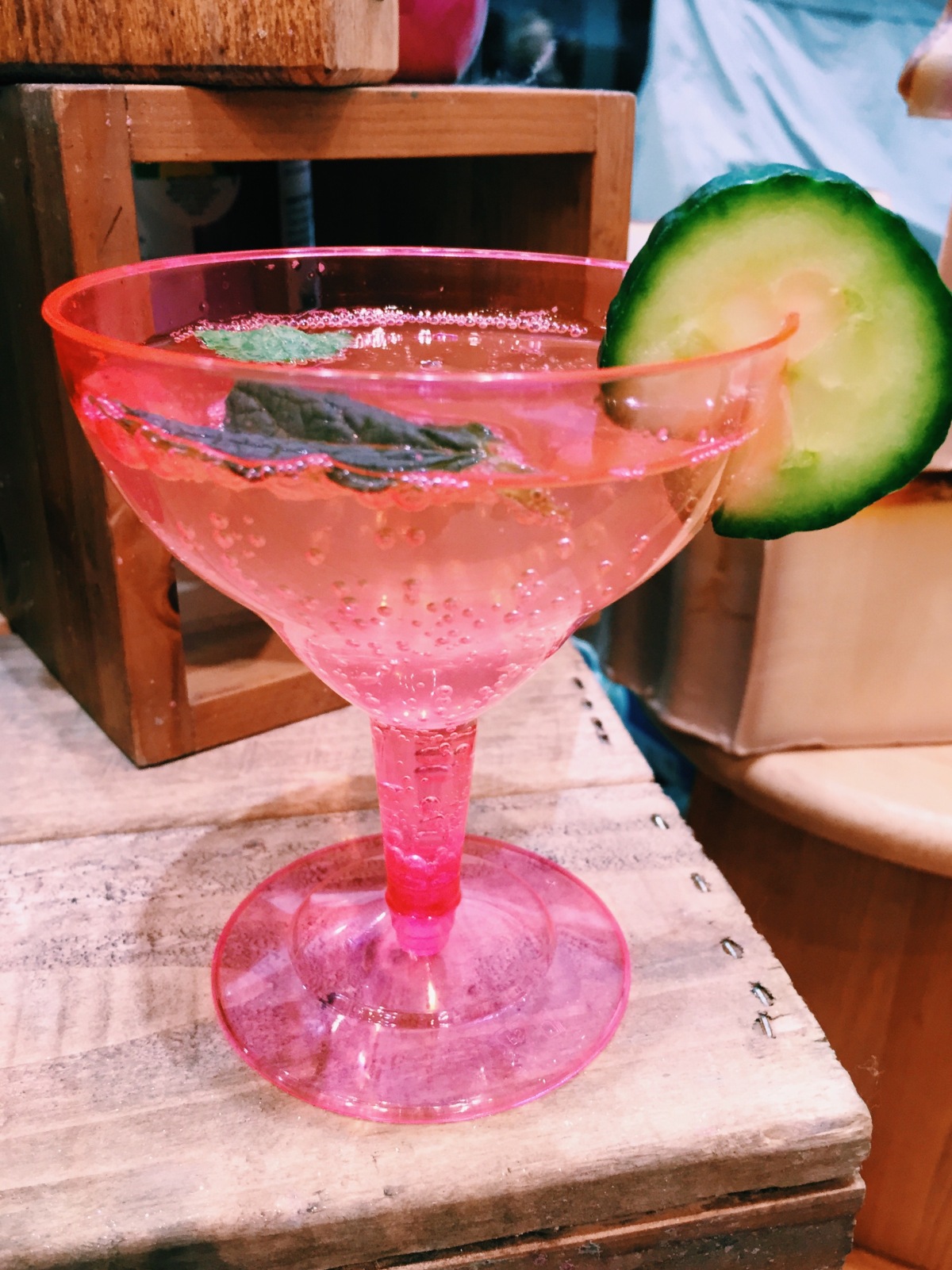 Look at these cute cocktail drinks that was waiting for us when we arrived! So pretty and smelt so fresh and fruity. We then kicked the night off on a very giggly foot with throwing a shower jelly at each other to get us to introduce ourselves and our blog. It’s the funniest thing to throw around and play catch with!

The Lush Easter range for 2016 is all VEGAN! How cool is that? Lush is always so passionate about making the very best natural cosmetics but also for them to be cruelty free and a good selection of them are suitable for Vegan or Vegetarian customers. All of this with no compromise on performance. I think that’s a major reason why so many people, including myself are so mad on Lush.

The team of girls at Lush MK who hosted the night were so friendly and great and they gave us really good demonstrations of all the new products. How they didn’t flood the store with the bubble bar demonstrations I have no idea… 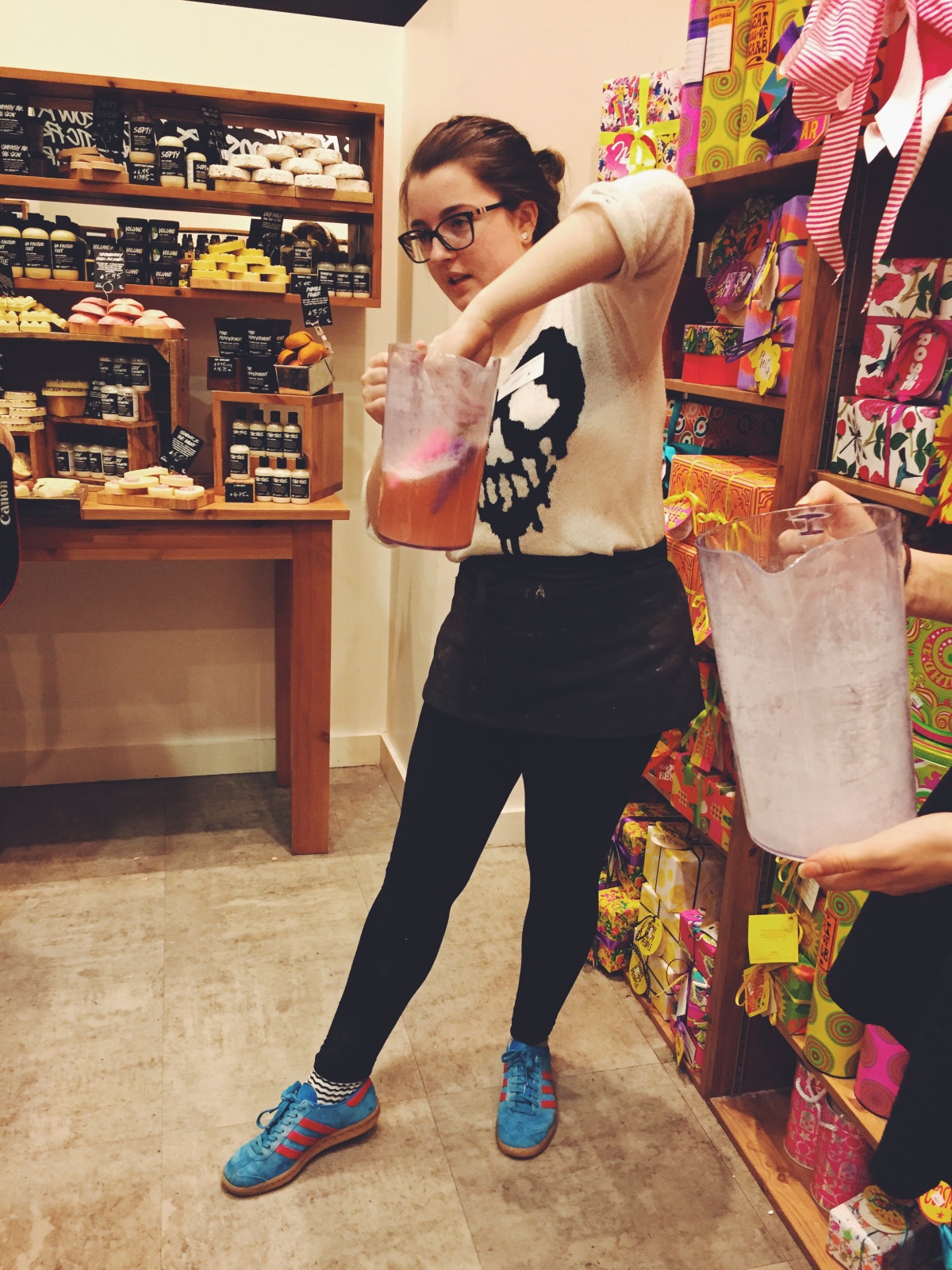 Every aspect of the Easter range include ingredients guaranteed to promote well-being and uplifting moods. I think my personal favourite from the Easter range is the Fluffy Egg bath bomb. Can you believe this cute pink egg shaped bath bomb shares the same scent as Snow Fairy, the insanely popular, candy smelling fragrance from their Christmas range!? I adore anything that smells sweet and sugary and this is pure bath perfection for me.

My next favourite item is actually a Lush item I love to hate and it’s in a special scent/shape just for Easter. It’s a shower jelly and it’s called Bouncy Bunny. The Lush staff likened the scent to a Terry’s Chocolate Orange but I personally think it smells exactly like the middle of a Jaffa Cake. The reason I love shower jelly’s is because they always delivery on delicious scent and moisture, feeling very nourishing and soft on my skin. Reason I hate them strong word, more like get frustrated with them is because it’s like washing with the most slippery, wet, eel like thing imaginable. There’s always droppage, there’s always squeals from me when it slips through my fingers and there’s nearly always a stamp of foot at the frustration of dropping it five times in one shower. But frustration aside, I can’t stop using them and this cuter than cute bunny just had to come home with me. 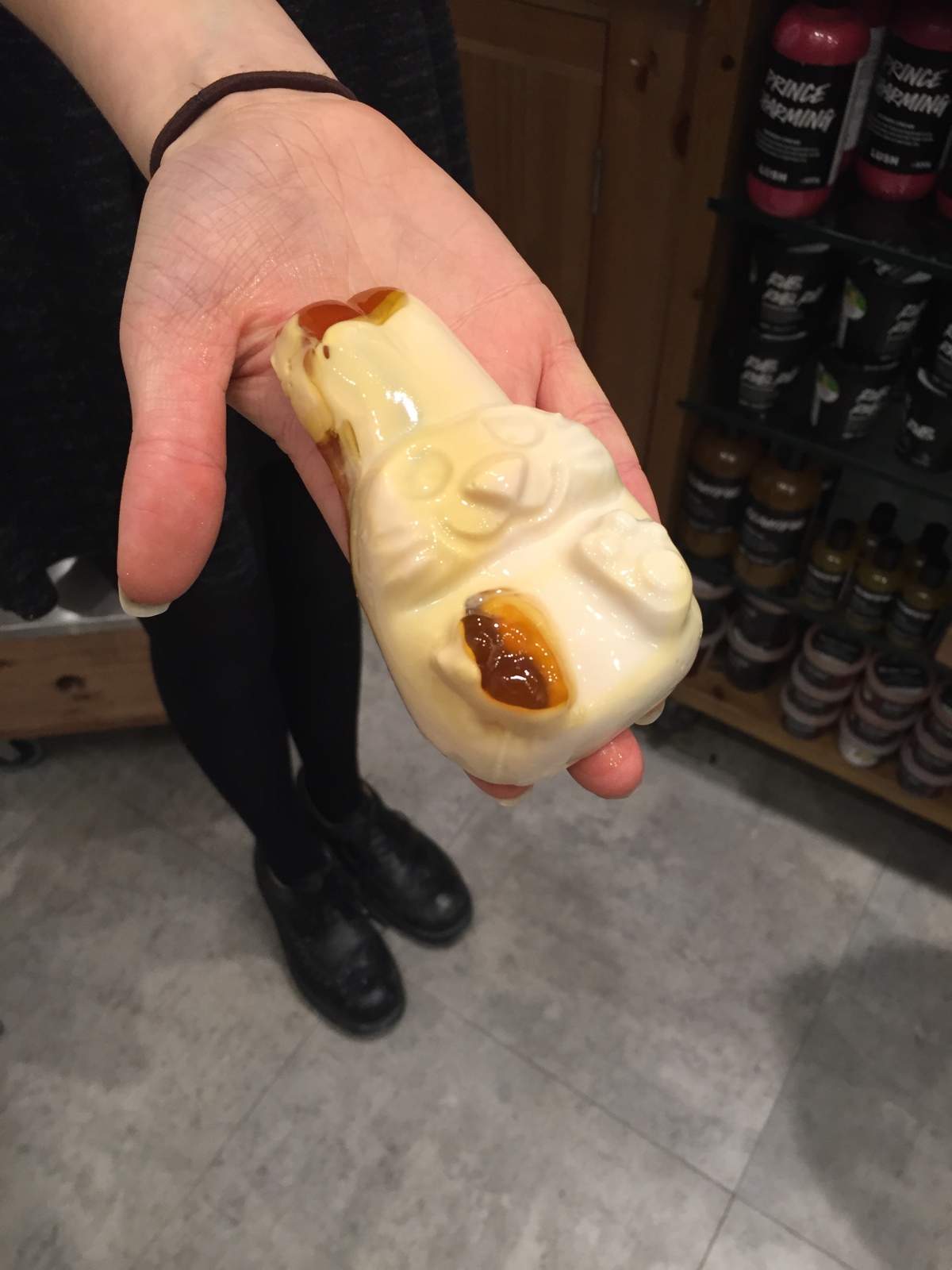 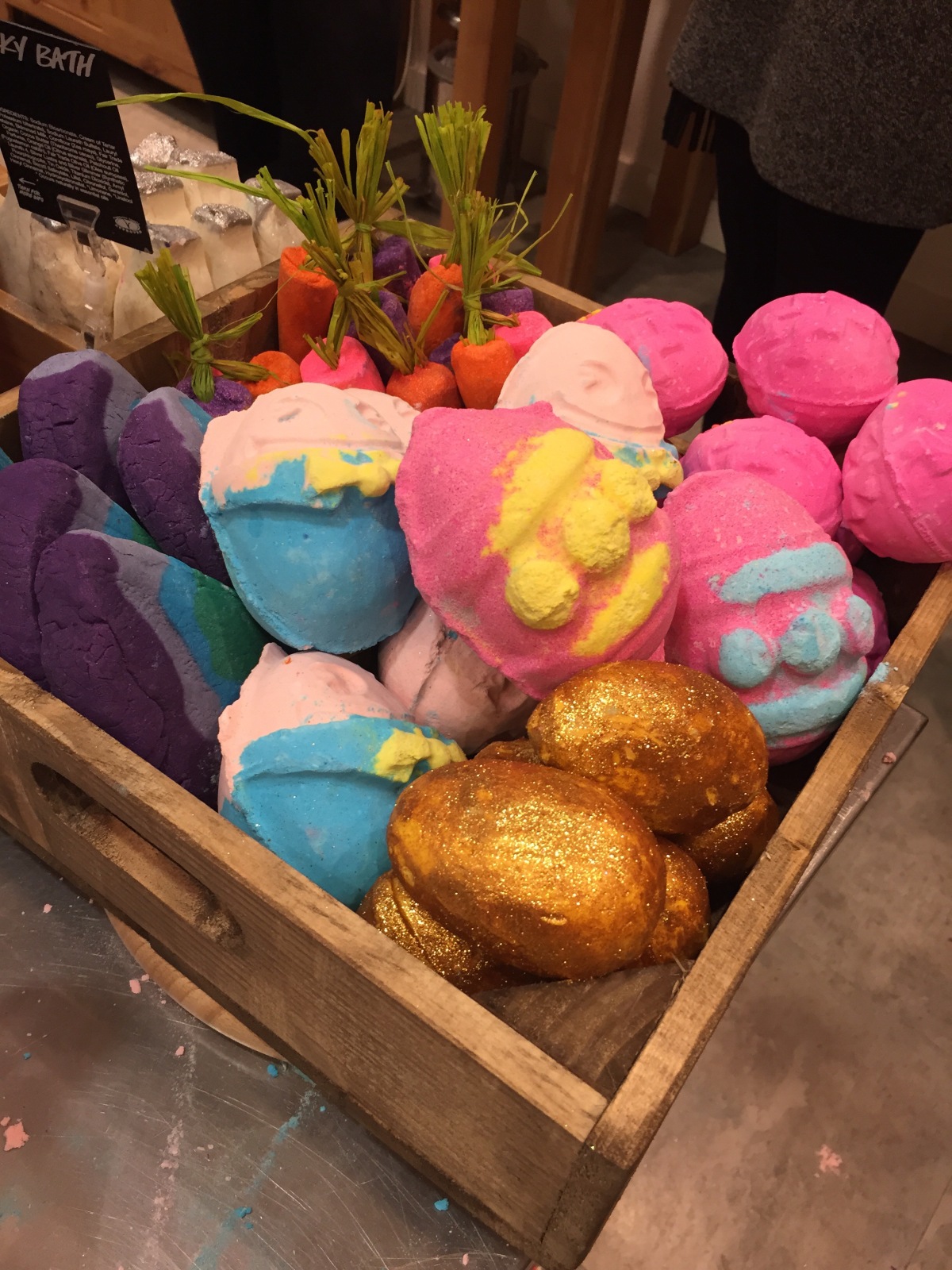 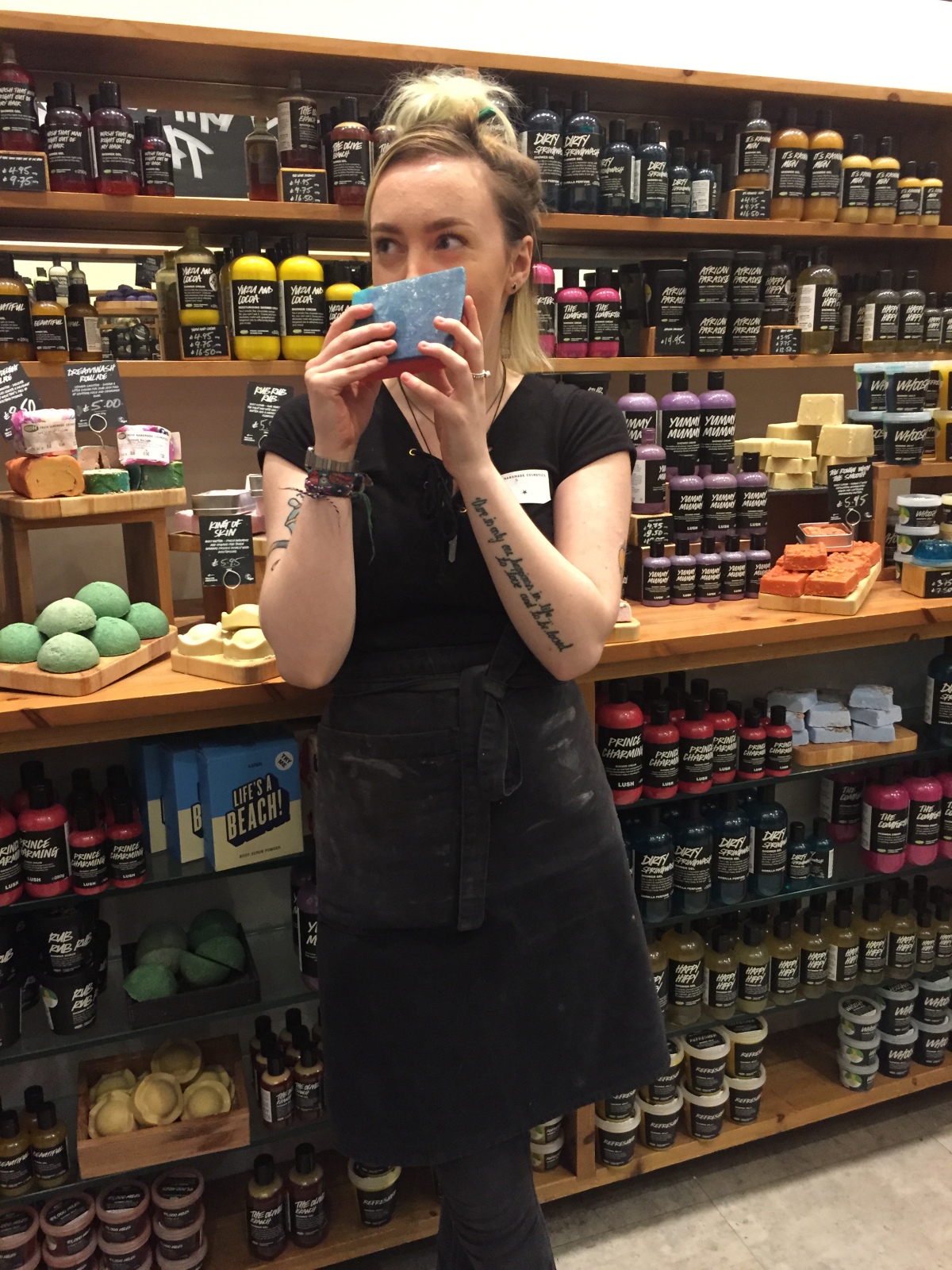 There was also some soaps and gift boxes shown to us. One of the gift boxes is possibly the creepiest packaging I’ve ever seen. It’s Humpty Dumpty, that famous old egg from our childhood nursery rhymes but he’s had a revamp and his face I’m sorry to say just puts the creeps up me! I’m sure he’s going to be one gift box you’ll either love or hate, I’m just thankful his contents are not in the slight bit scary. 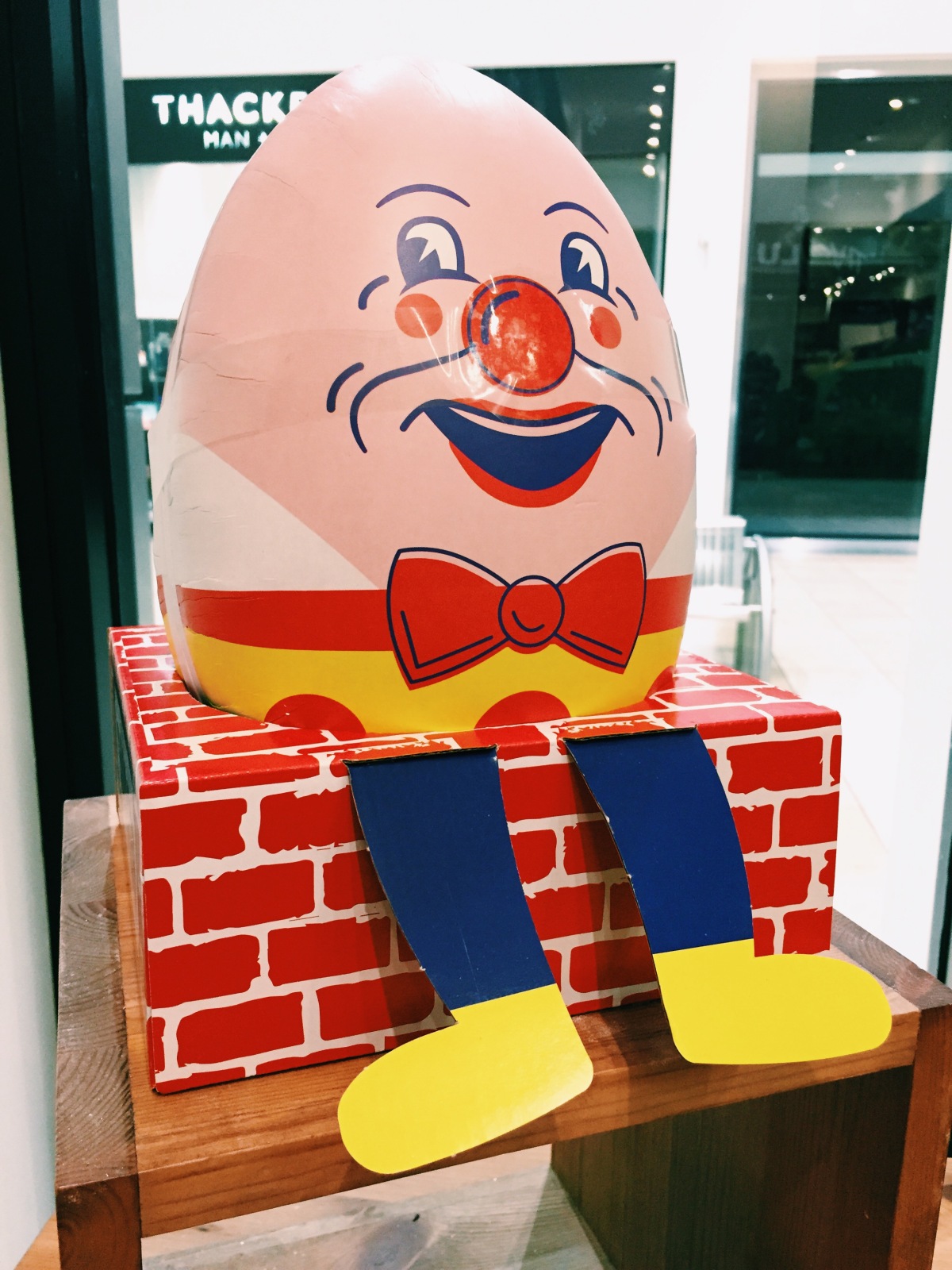 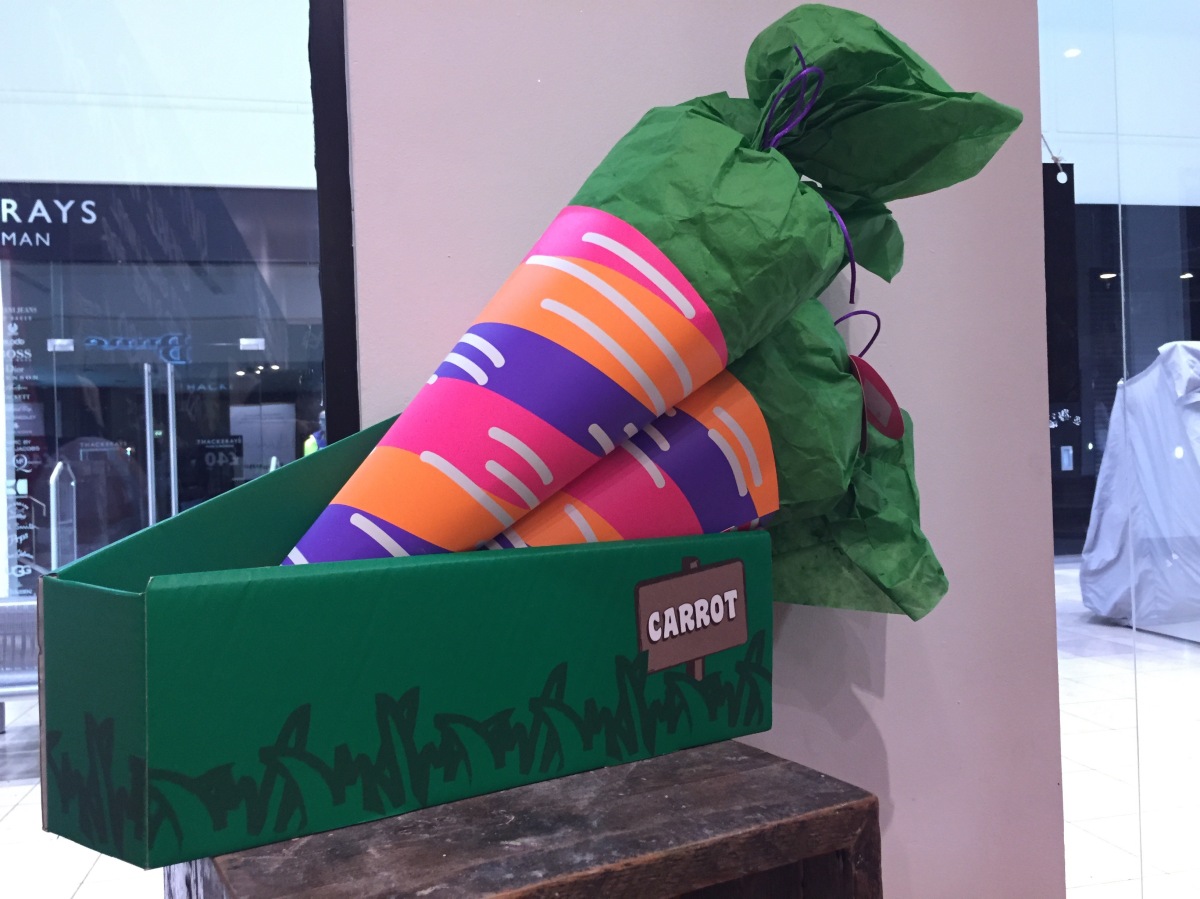 Two of the gift sets, the carrot and the bouncy bunny wrap both contain an exclusive bath bomb which won’t be sold separately called the Spring Bunny bath bomb. It’s made with Sicilian lemons and smells divine, like lemon sherbet or refreshers. It’s so uplifting and as the gift sets are very reasonably priced it’s not a big ordeal that purchase one of those to get your hands on this bright yellow, cuddly fella. 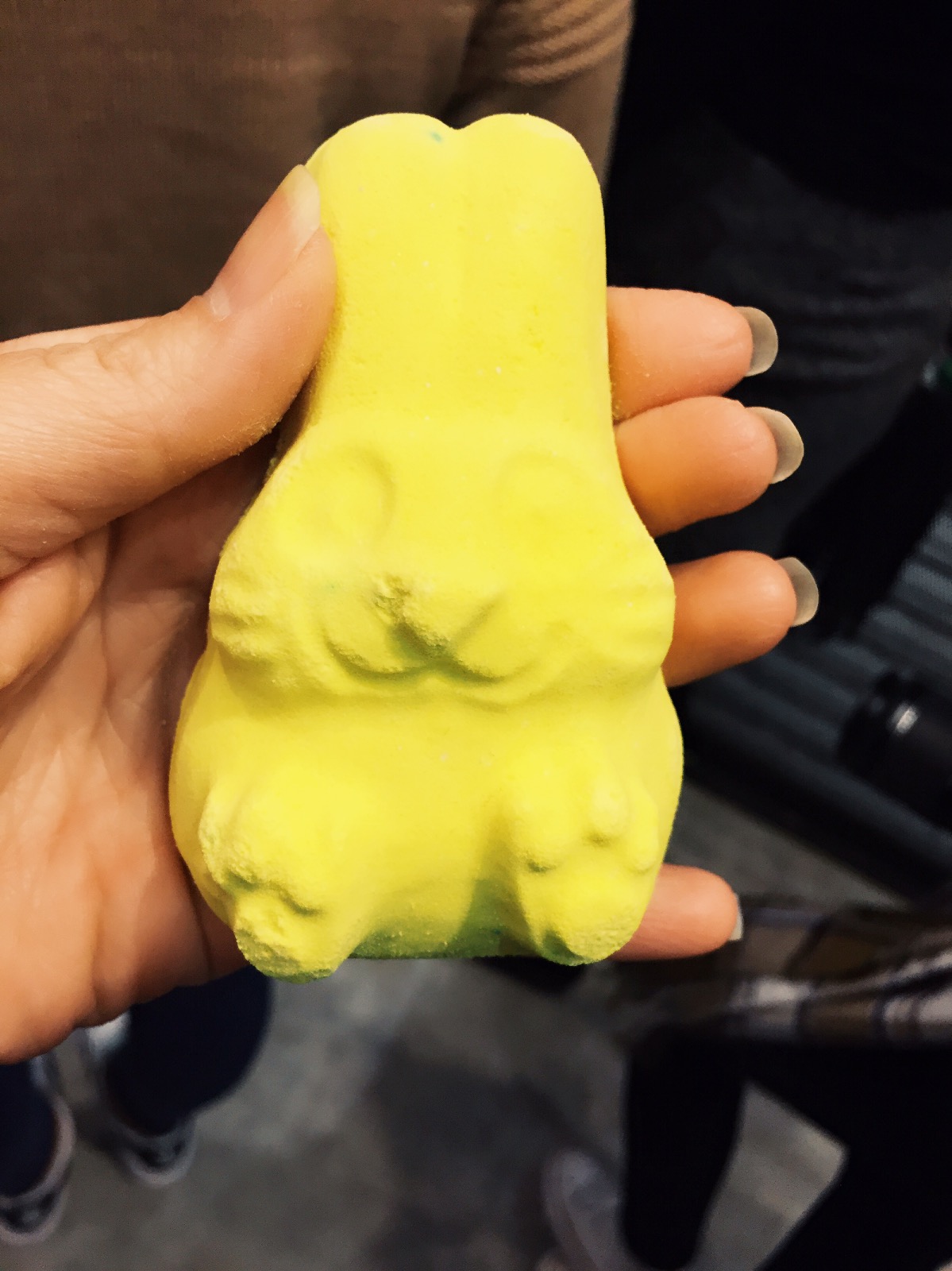 So I hope you’ve enjoyed the sneaky peek at the Easter range. They are on sale from tomorrow (19th) so best get hopping…

Had so much fun at the @lushmiltonkeynes blogger event tonight. Was very lucky to see the brand new Easter range which is released Friday and did a spot of shopping 🐰🐥 #lush #lushcosmetics #lushbathbomb #lushaddict #lushlife #bblogger #lblogger #blogger #miltonkeynes