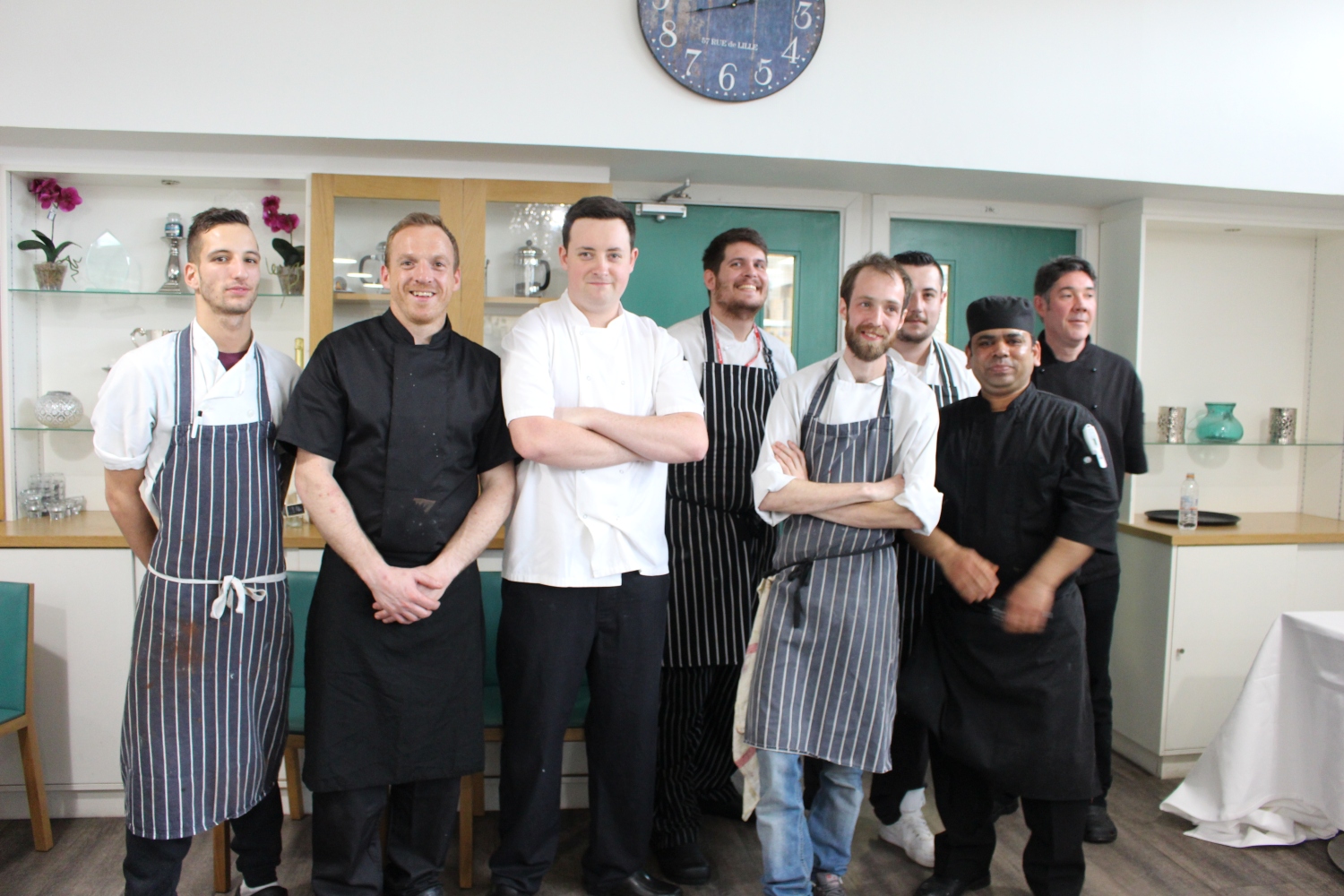 Yesterday was quite a different sort of day for me. I got up early and went to college…

Well, the Brasserie at Milton Keynes College Bletchley campus to be precise. It was time for the Milton Keynes Food & Leisure Awards chef cook off 2016. A live cooking contest between local chefs from a whole range of local pubs and restaurants. A bit like Masterchef that you see on the TV and best of all, I was going to be a judge. Me!

There were eight chefs competing for the coveted title of Chef of the Year:

All the chefs were to cook up three courses. A starter, main and dessert.

The starter was a mystery box challenge. Eight identical boxes of ingredients were given to each chef and they were given just one hour to discover the contents of the boxes, conceive an idea for a starter, cook and then present it to us. This was so interesting to watch and to observe the thought process of a chef creating a dish from scratch.

The main course was up to the chef. It was their chance to show off the very best dishes in their repertoire.

The dessert course was to present a trio of desserts. One, had to be a chocolate fondant. One, had to be a cheesecake, but the flavour was negotiable. The third part of the trio was to be chosen by the chef, a dessert that they felt complimented the other two parts.

It was not an easy task judging, but judge we must. All the chef’s worked exceptionally hard and turned out some stunning dishes on the day. Scores have been tallied and the Milton Keynes Food & Leisure Awards Chef of the Year 2016 will be announced at the glittering awards ceremony at Woburn Abbey on May 8. 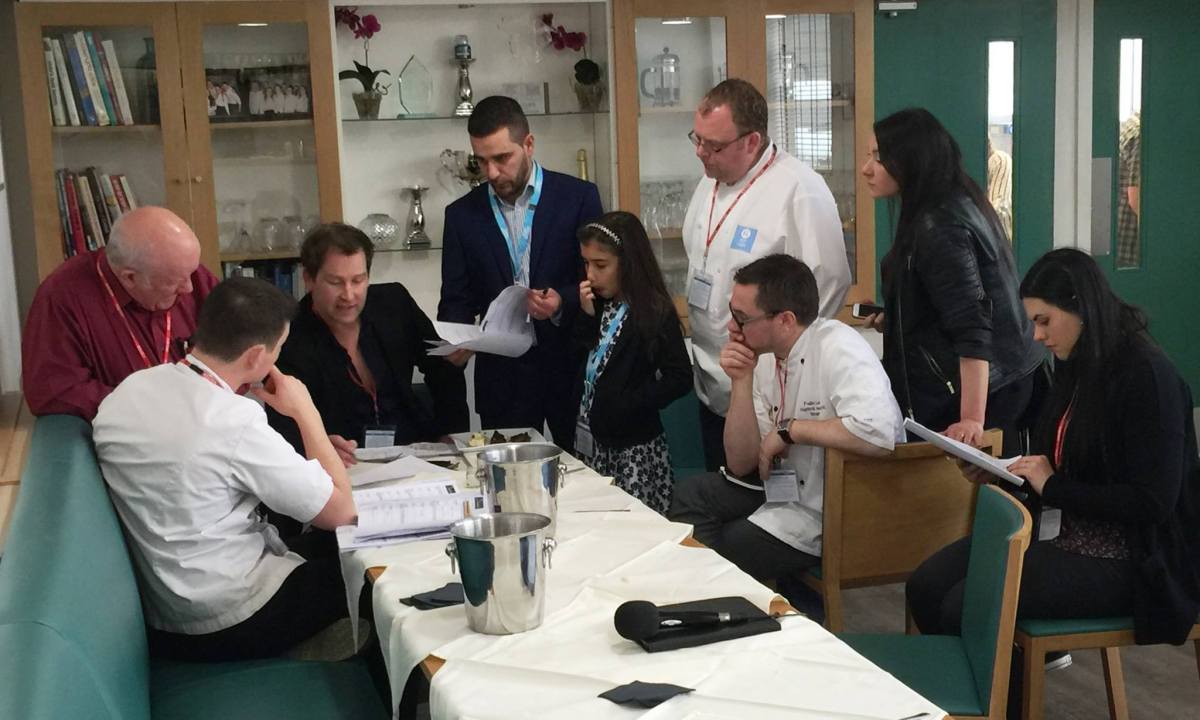 Reckon you’re a good judge? There are still many categories that YOU can have your say in. Deadline for voting is 30 April 2016 and you can vote on their website http://www.mkfla.co.uk/

Special mention to The Brasserie who received an award in recognition of their talent and hard work from the High Sheriff of Buckinghamshire on the same day I was there. Congratulations! 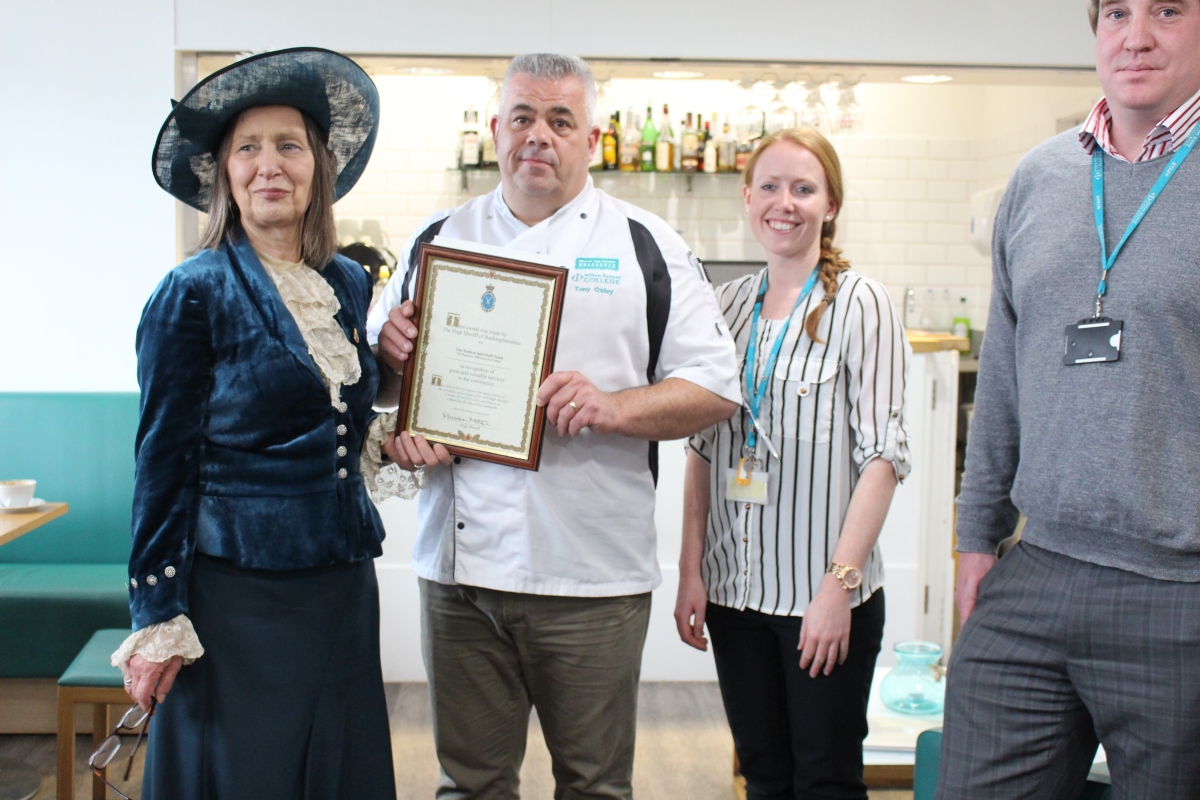