Smashburger. A US restaurant chain that I had never heard of until 9th May when a press release announcing their pending arrival in Milton Keynes appeared in my mailbox. The Smash in the name comes from their unique method of taking a ball of beef and smashing it onto a hot buttered grill to make a burger. 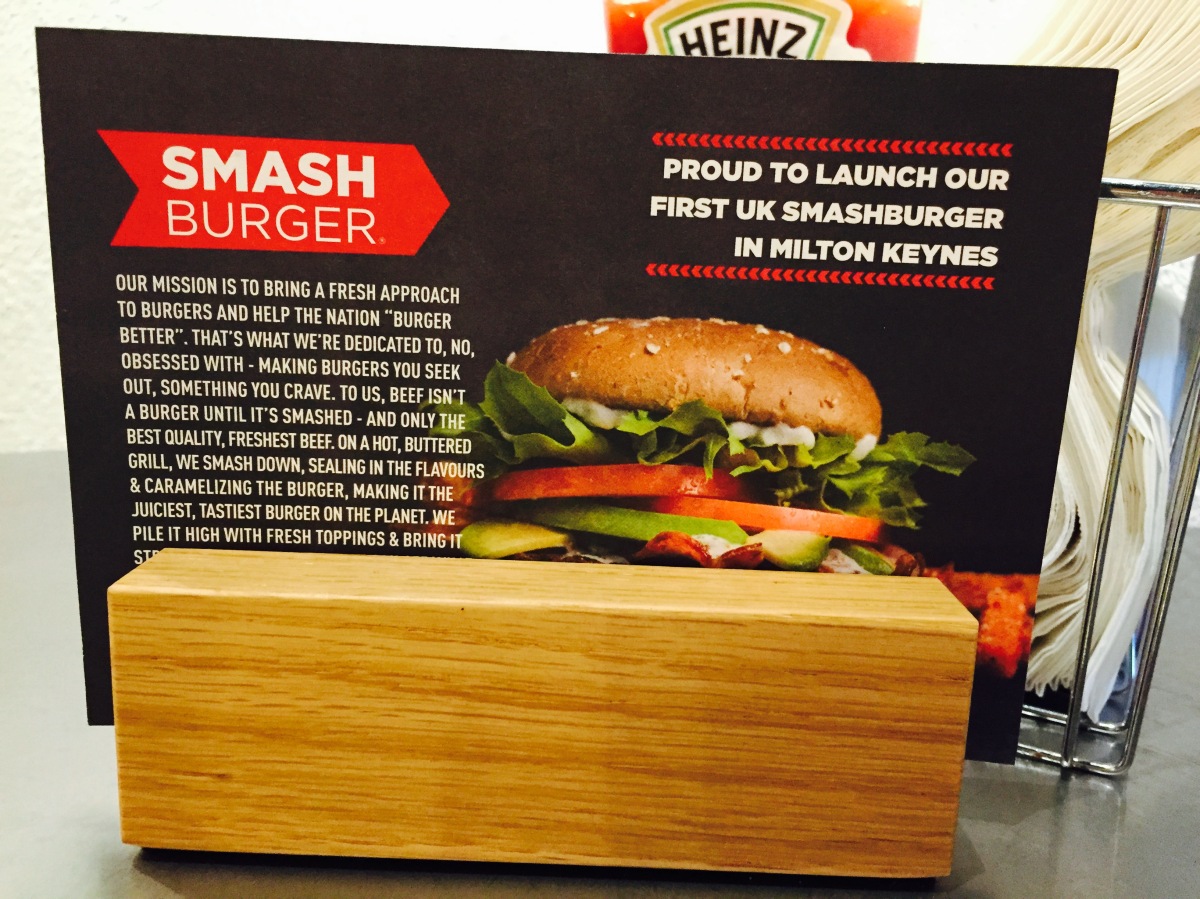 As much as I love Milton Keynes, I was a touch curious why Smashburger chose MK as its first UK location but as we can boast a Byron and Five Guys alongside our amazing home-grown companies like Percy’s BBQ, maybe it was a wise choice. We have quite an admirable collection of eateries to choose from, both chain and independent, and the more the merrier, right? 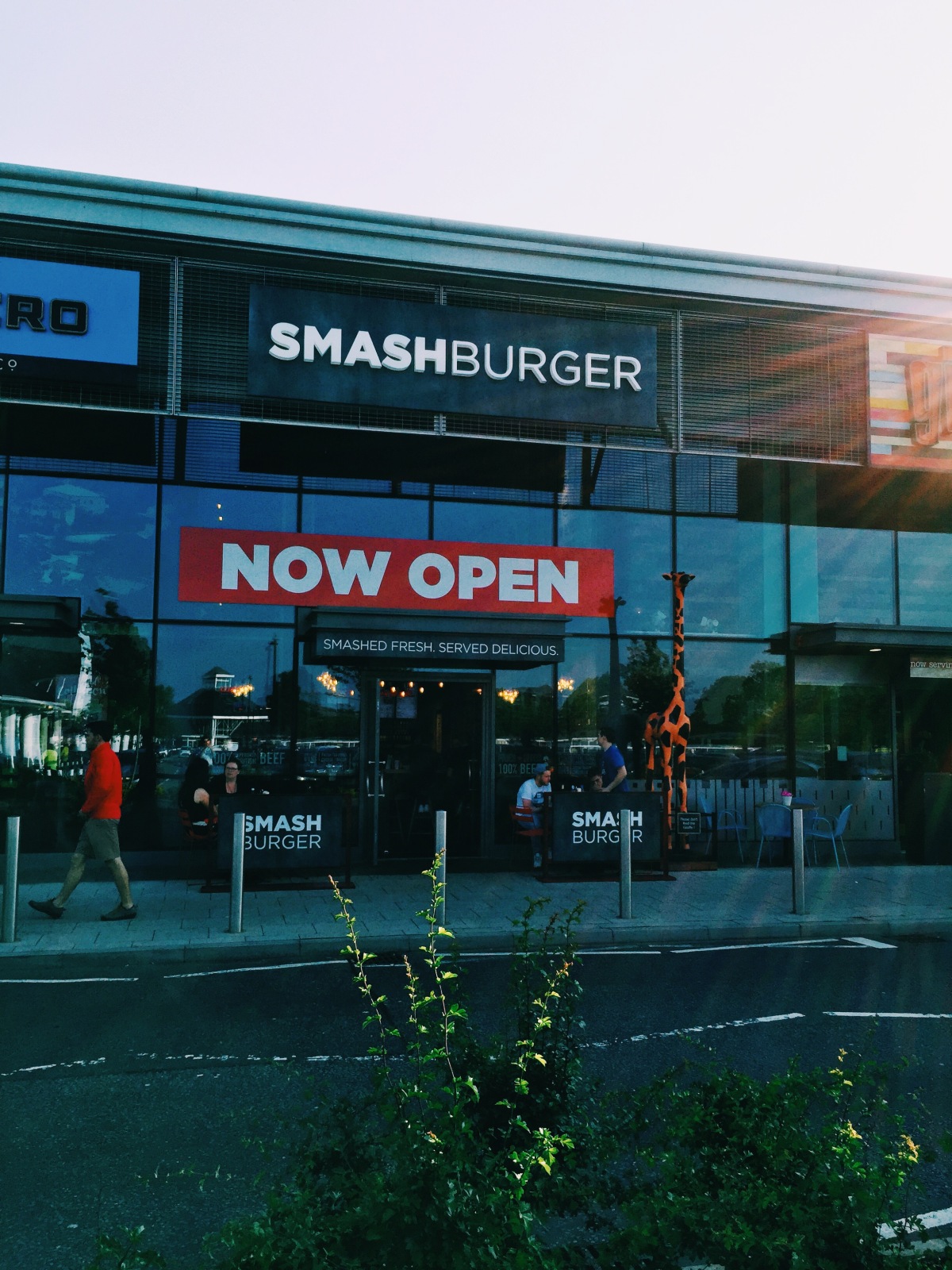 So after waiting for the initial craze and rumours of ‘queues going out the door’, my first visit to Smashburger went like this:

When you get inside there’s one of those signs like you get in a branch of Little Chef asking you to ‘wait here to be seated’. After a few minutes a lady came over to us and explained we could sit anywhere we wanted (which I found a little strange given the sign) then when we were ready she advised we just go up to the till to place our order, we’d then get a table number and our food would be delivered straight to us. Sounds easy enough? Maybe the sign is only a temporary thing until the branch is established?

Eating out with a one year old is never an easy feat. So, first the positives:

The speed that the food came out was impressive. You could tell it was freshly cooked and everything was still lovely and hot.

The child ate his dinner! This might not sound a huge deal to most but if you’re a Mum to a very fussy toddler who always seems to go off his favourite food when you try and eat out, you’ll totally get what I mean. He couldn’t get enough of his Chicken strips meal. I think he polished off every piece of chicken that he was given and had a fair few fries too. 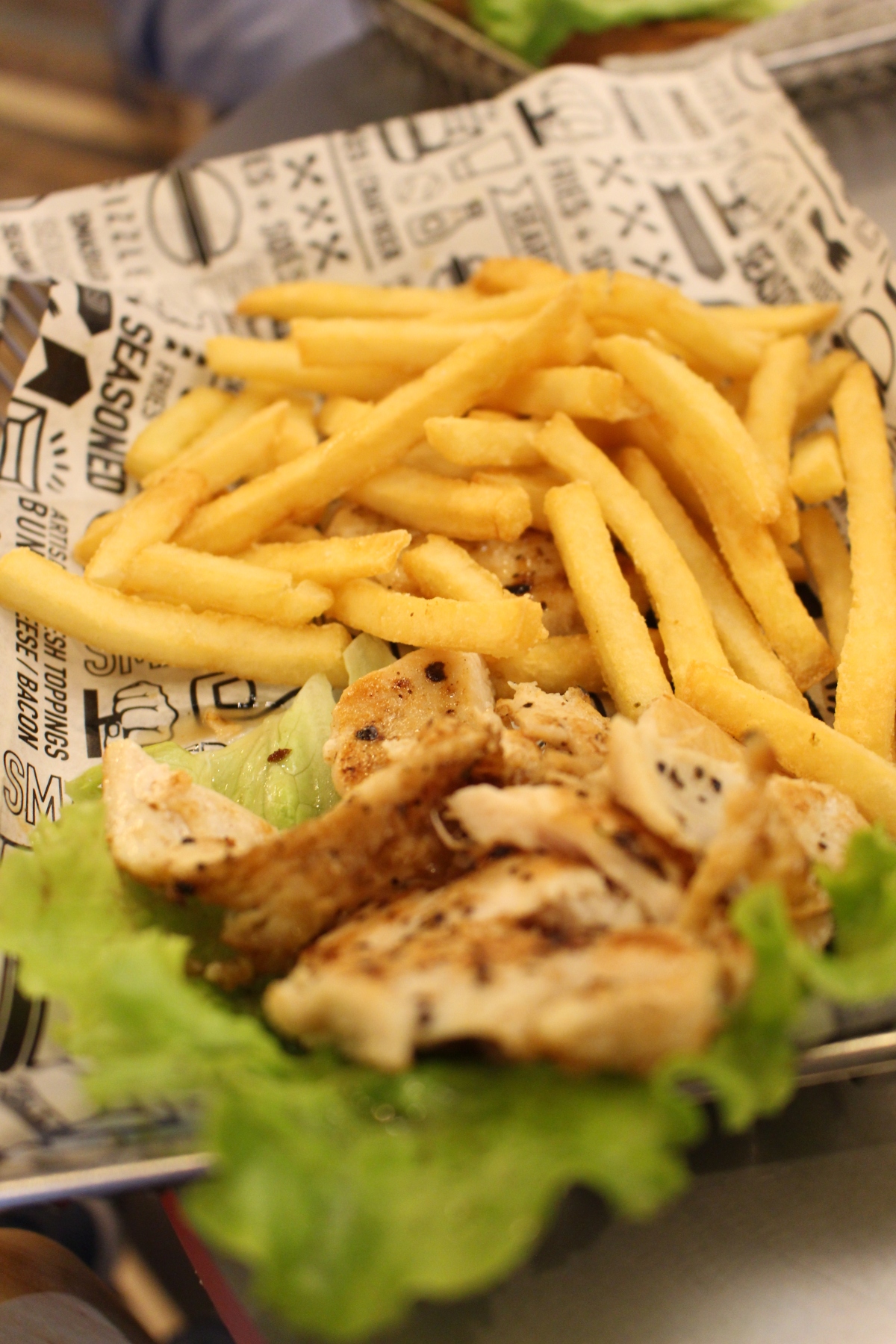 Mr LouBou’s Spicy Jalapeño Baja went down a treat, well balanced, really spicy and yummy guac. He’s convinced now that he doesn’t need to try any other burgers on their menu. This is it.

I didn’t like my burger. There I said it. I wanted to love it and to be fair the meat is pretty good but I just didn’t enjoy eating it. Why? I think it’s because of the amount of sauce inside it. There was so much grease and sauce oozing out the bottom of it, that with every bite it felt like my bun was turning more and more into a wet sponge rather than a delicious burger bun. I gave up before I had finished it but that was only to Mr LouBou’s delight as he polished off what was left.

The fries. They sounded so promising. Garlic and rosemary are staples in my household for smoothing potatoes in but these just didn’t win with me. If I ate there again I would just order regular fries but do try them for yourself, everyone’s tastes are different and maybe you’ll go nuts for them.

The service. From the welcoming server taking too long to notice us at the ‘official waiting sign’ to the till staff being disinterested and not explaining anything to a new customer to completely forgetting to give us our child’s drink (which we still didn’t receive!). Things could have been a lot better and although service doesn’t speak for the food, it does add a lot to your whole eating out experience and shouldn’t be taken lightly.

Now the cherry on the top?

This beautiful, Haagen Dazs® Chocolate Oreo® hand-spun shake. It wasn’t cheap at £4.75 but boy, was it worth every. single. penny. I would actually go to Smashburger and order a shake and sit on a stool and have a catch up with one of my gfs over ordering a burger and fries combo. It was that good. If there’s one thing you try from Smashburger, my recommendation is this shake. 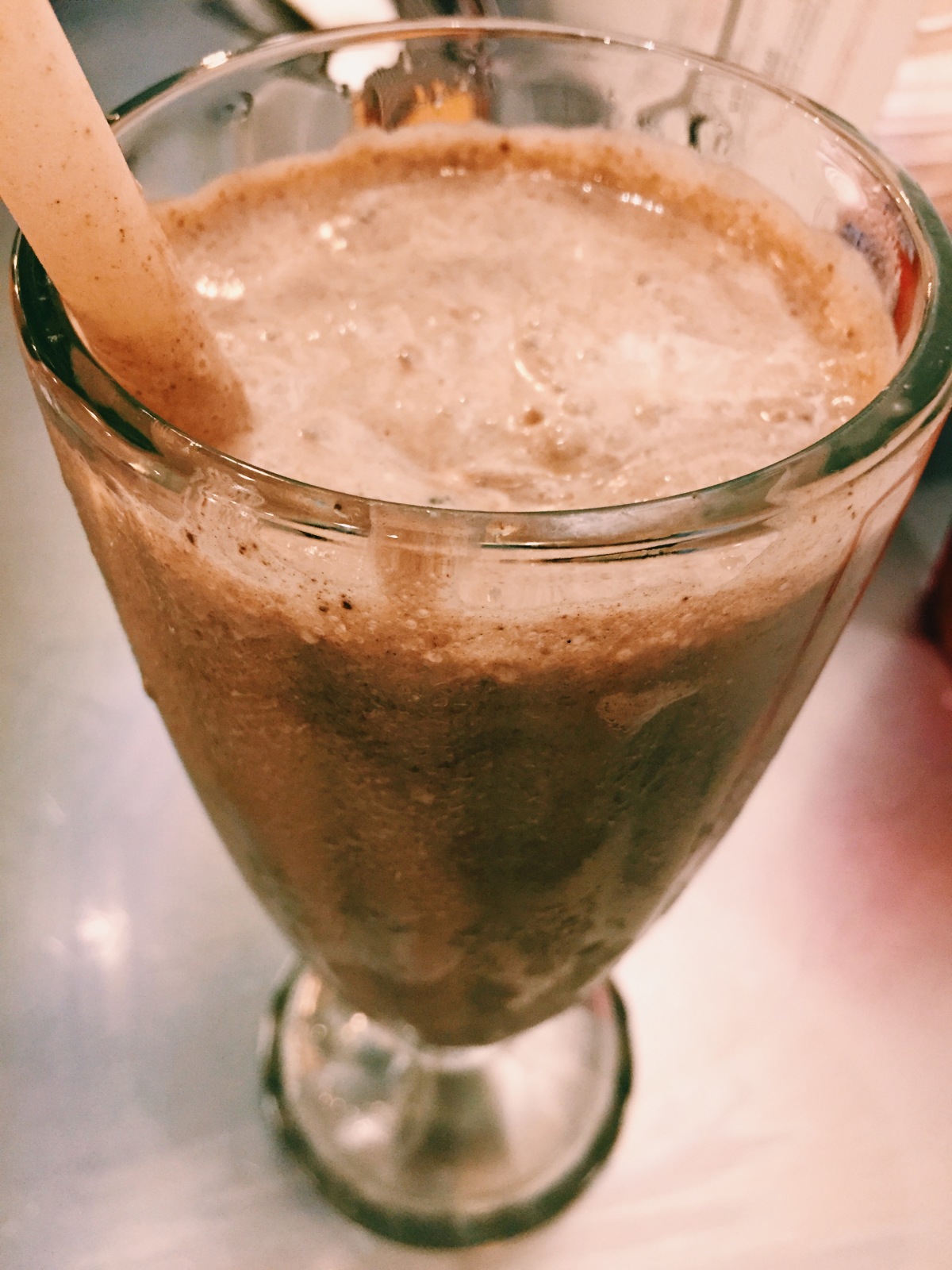 So that’s the end of the review. A bit wishy washy, a bit hit and miss. Maybe if Smashburger had opened in Milton Keynes and there was no Byron, no Five Guys and no Percys BBQ then maybe I would be writing a different review but they are already here and whilst Smashburger is sure to be a popular addition to the Milton Keynes restaurant scene. It’s just not bringing anything new and exciting to me. (Oh, except that shake… YUM).