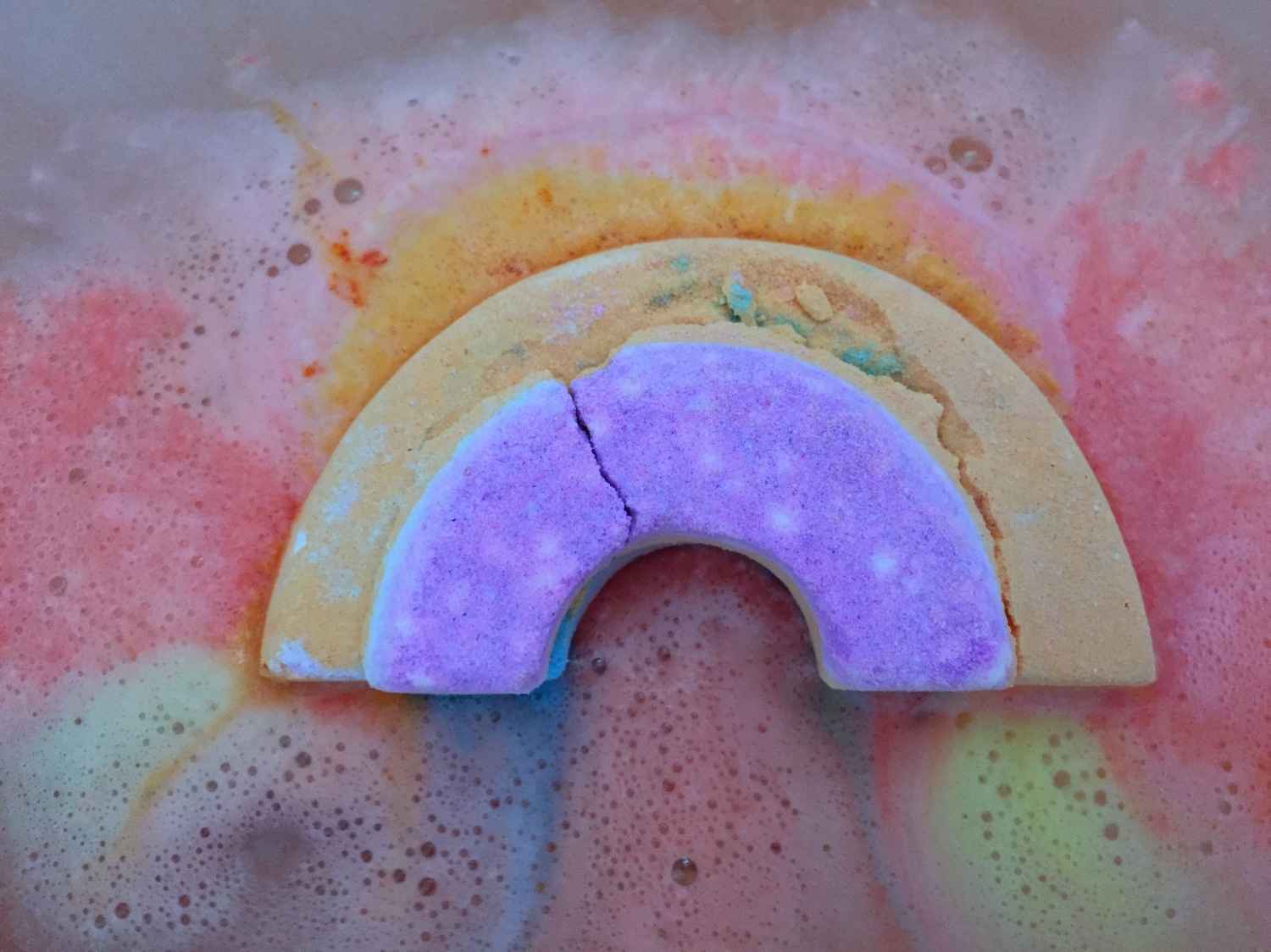 Somewhere Over The Rainbow bath bomb was a brand new product for 2016. An Oxford Street exclusive for the Easter 2016 range that popped up in the Lush Kitchen back in March.

The morning it was released in the Lush Kitchen (same day as the Lush Tweet Bubble Bars) I sadly missed out on securing one. So how did it end up in my possession? Read on…

I could cry. Last Tuesday I was driving across the Country to a hospital appointment when the Lush Kitchen items I reaaaally wanted went live on their website. My lovely husband managed to secure some Tweets but the Somwhere Over The Rainbow bath bombs sold out super fast. Today a random Lush parcel arrived, Kel from the Lush Kitchen had sent me the Somewhere Over The Rainbow bath bomb I had missed out on! It came with the cutest message "At the end of the rainbow you will always find happiness. Enjoy Louise! :-)" How heartwarmingly amazing is that? Thank you Kel. Thank you Lush Kitchen. You've made my day a million times over. P.S. Look how pretty it is! 🌈❤️ #lush #lushie #lushuk #lushkitchen #lushbath #lushltd #lushaddict #lushlife #lushcosmetics #cosmetics #beauty #bath #bathtime #bathbomb #beautyblogger #bbloggers #bblogger #miltonkeynes #uk

So this is how I ended up with the Oxford Street exclusive that was the Somewhere Over The Rainbow Bath Bomb in my possession. Pretty amazing story huh? And people still have to ask me “What’s so great about Lush?”.

Finally, six months later I couldn’t resist the scent any longer. That and with winter 2016 range begging to move in with me in high volumes, I needed to get my Lush collection under control. Lushies will completely relate to the guilt of having too many Lush products in your collection, especially when reasoning with your partner/parent/cat why you need to buy more.

Somewhere Over The Rainbow, just like it’s fellow Easter 2016 products is packed with ingredients that are uplifting and can help improve your mood.

Neroli oil is one of the ingredients, known for its floral scent but also for being scientifically proven to increase serotonin levels (the stuff that makes us feel happy inside).

Rose and mandarin are also in the mix. The overall smell is floral but not old lady floral, with the mandarin adding just enough sweetness to uplift but not dominate. 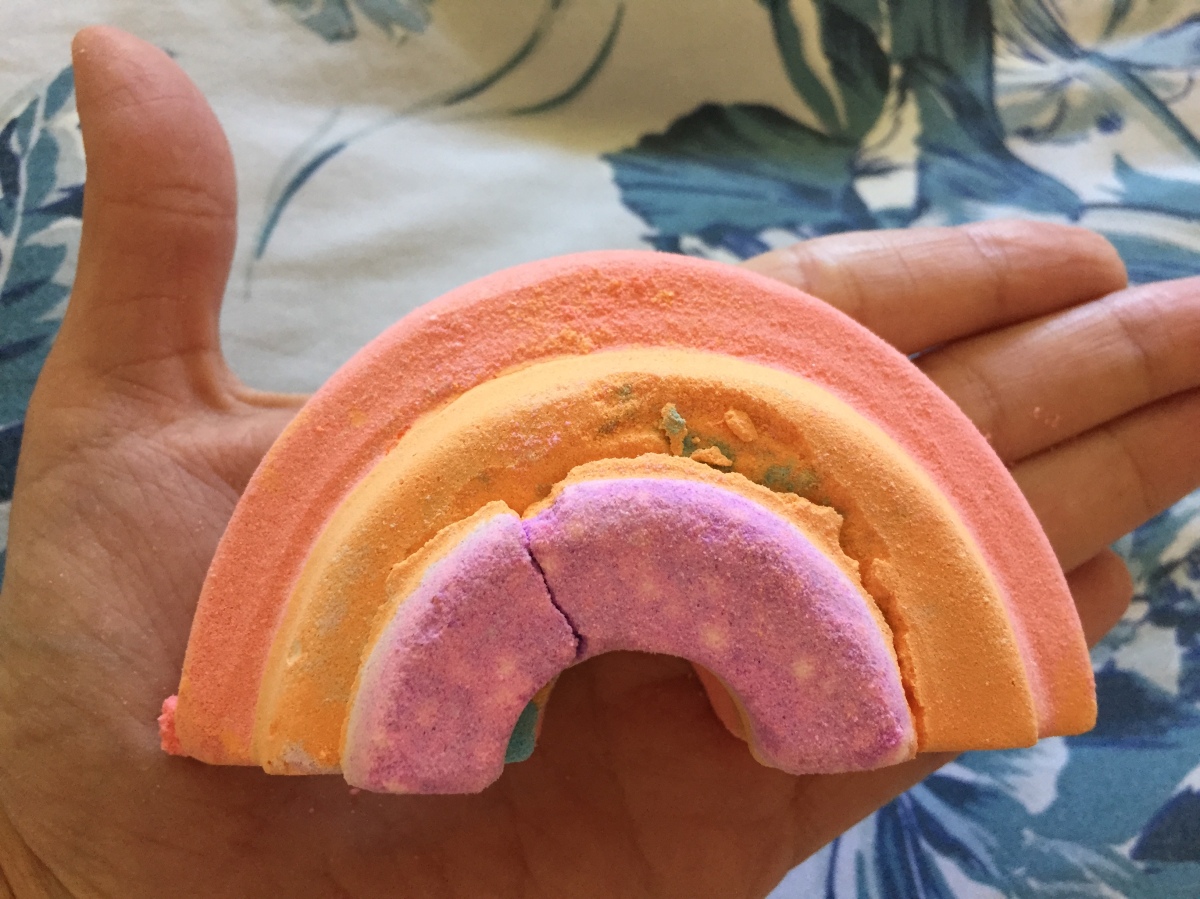 Despite its age the bath bomb fizzed well and put on the most beautiful display of colours oozing out from both ends of the rainbow.

Watching it fizz away, it conjured up images in my head of shooting stars and rainbows or the tails of My Little Pony characters, two things that were really popular in the 80’s when I was really young. 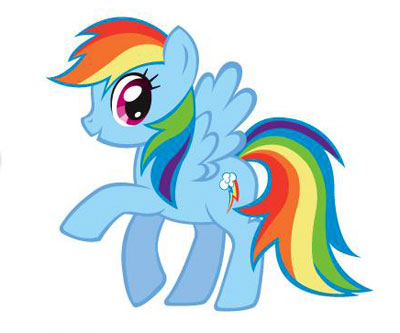 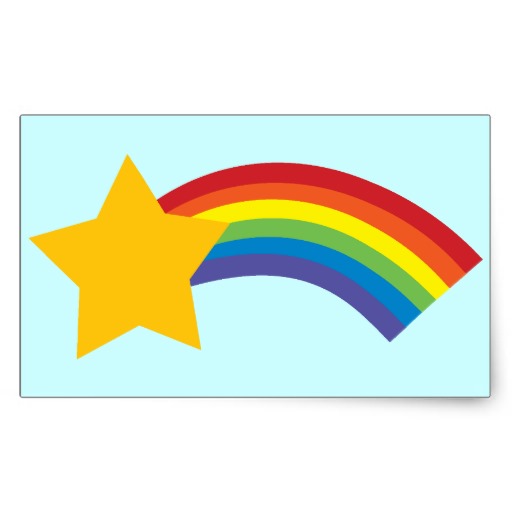 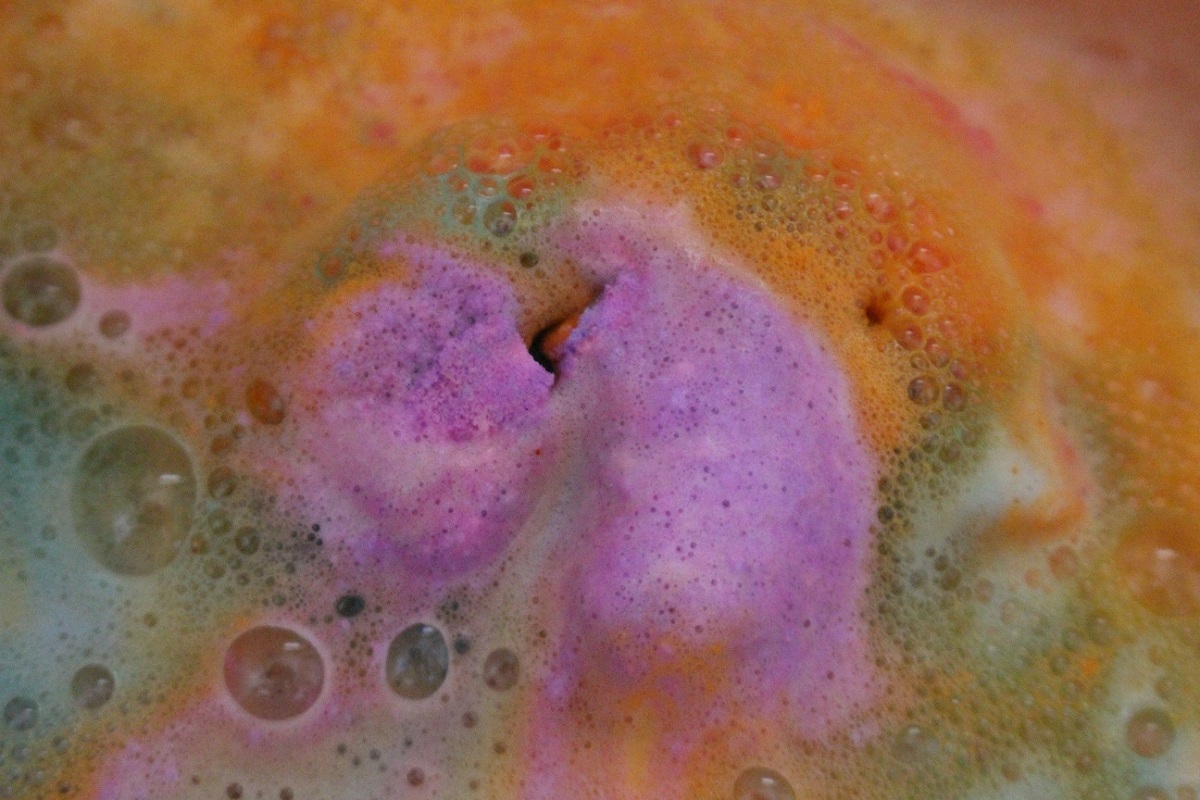 It gave the most beautiful show of colours as you’d expect from something shaped and named after a rainbow. 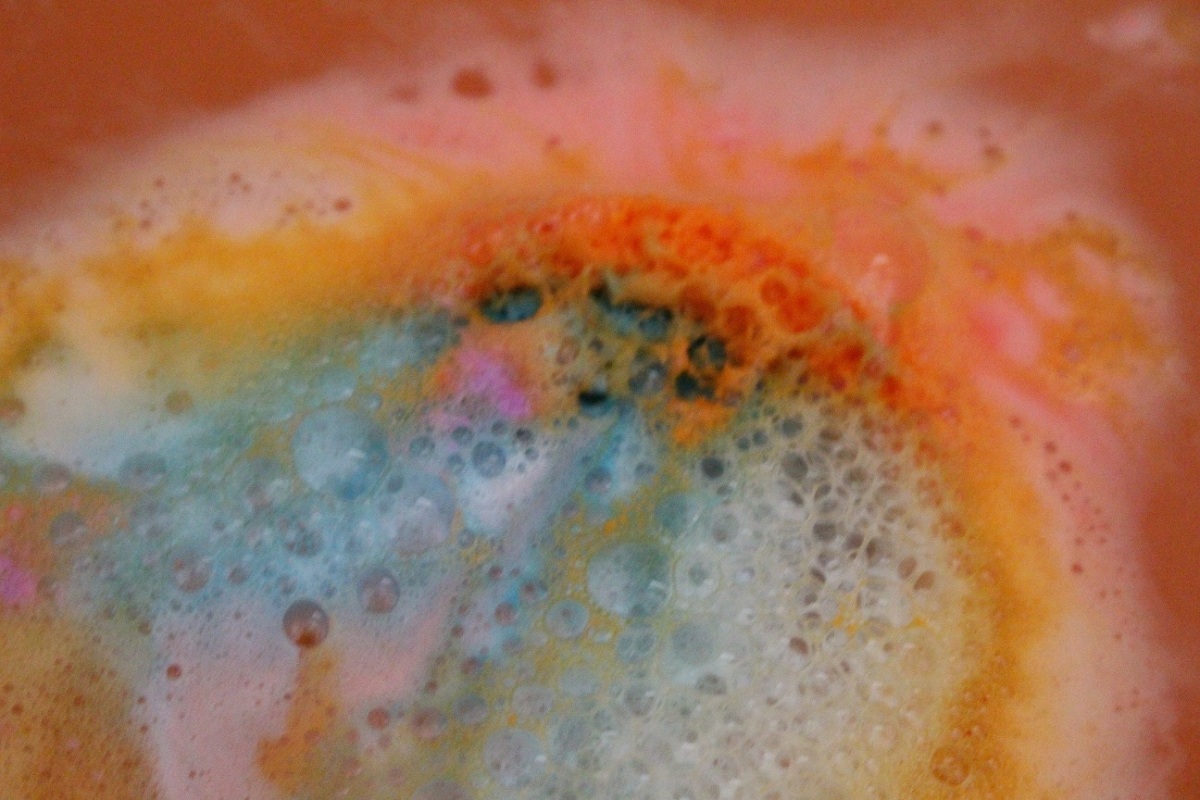 The scent of the bath was something very hard to describe. Floral and earthy but light and fragrant with the mandarin. It was not at all overpowering but it was alluring and definitely didn’t go unnoticed. This was a bath that I could’ve sat in for ages and ages. 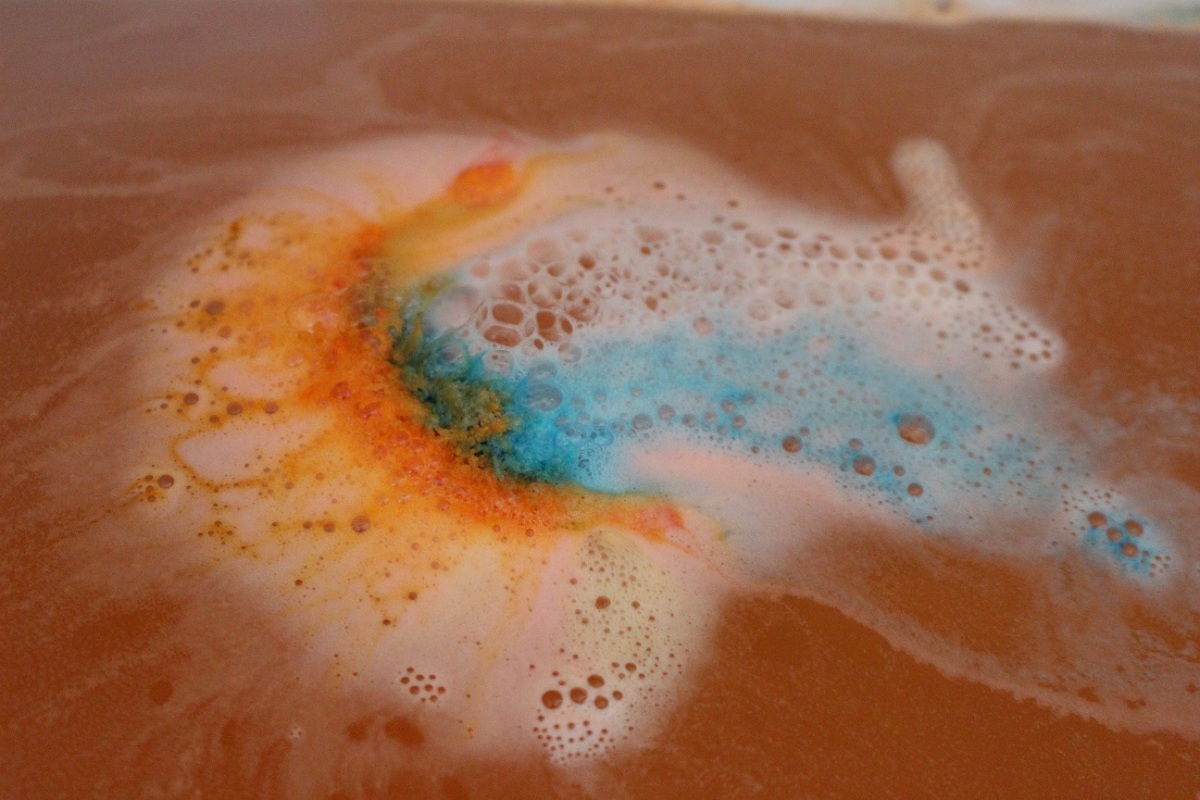 When the bomb had finished its journey the bath was left in a beautiful red/orange shade.

It’s supposed to share the same scent with the soap of the same name but I really think it gives a much stronger and more pleasant scent than the aforementioned Easter soap.

I used the Bouncy Bunny Shower Jelly at the same time and I felt it really complimented the bath bomb. 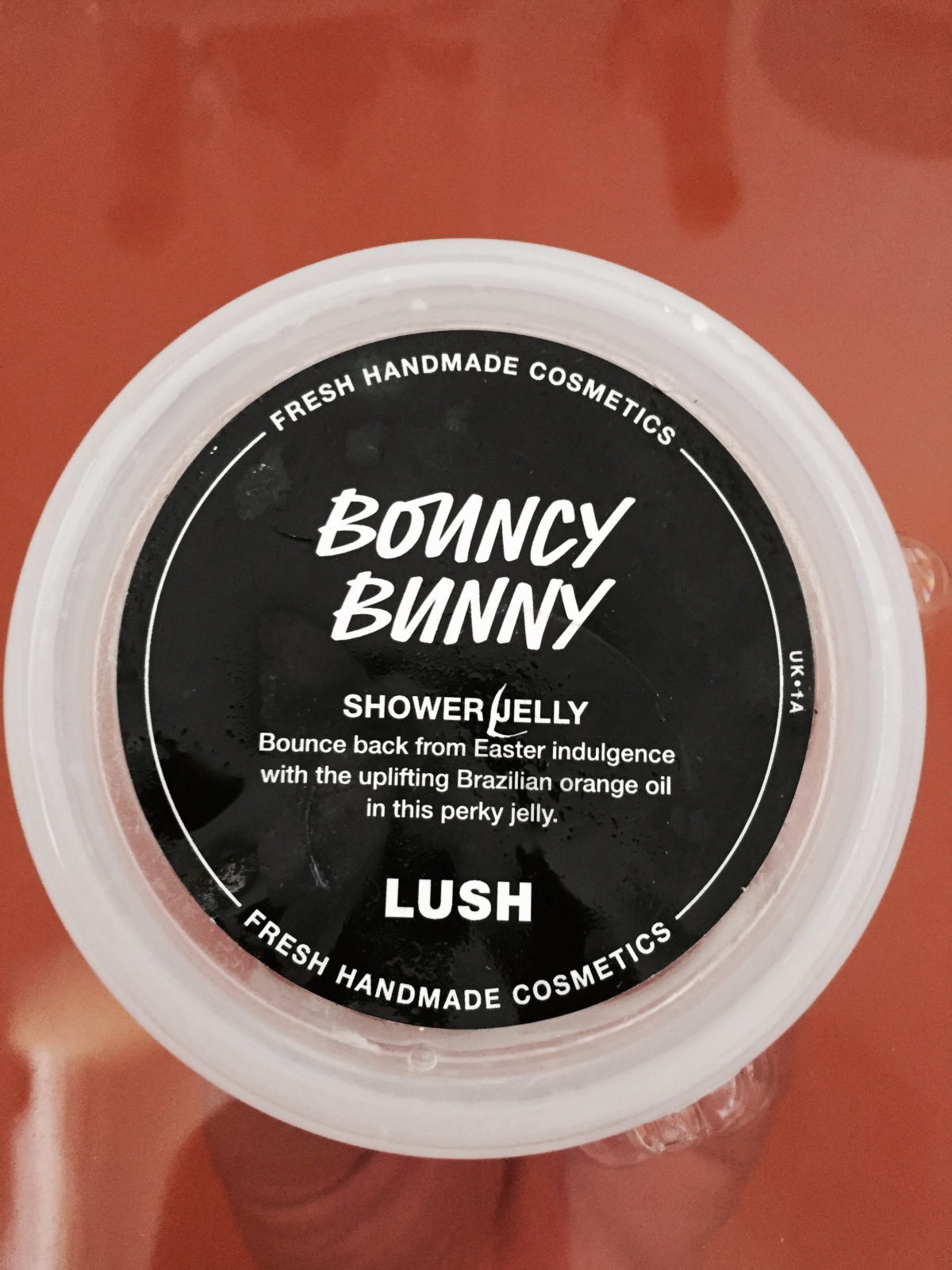 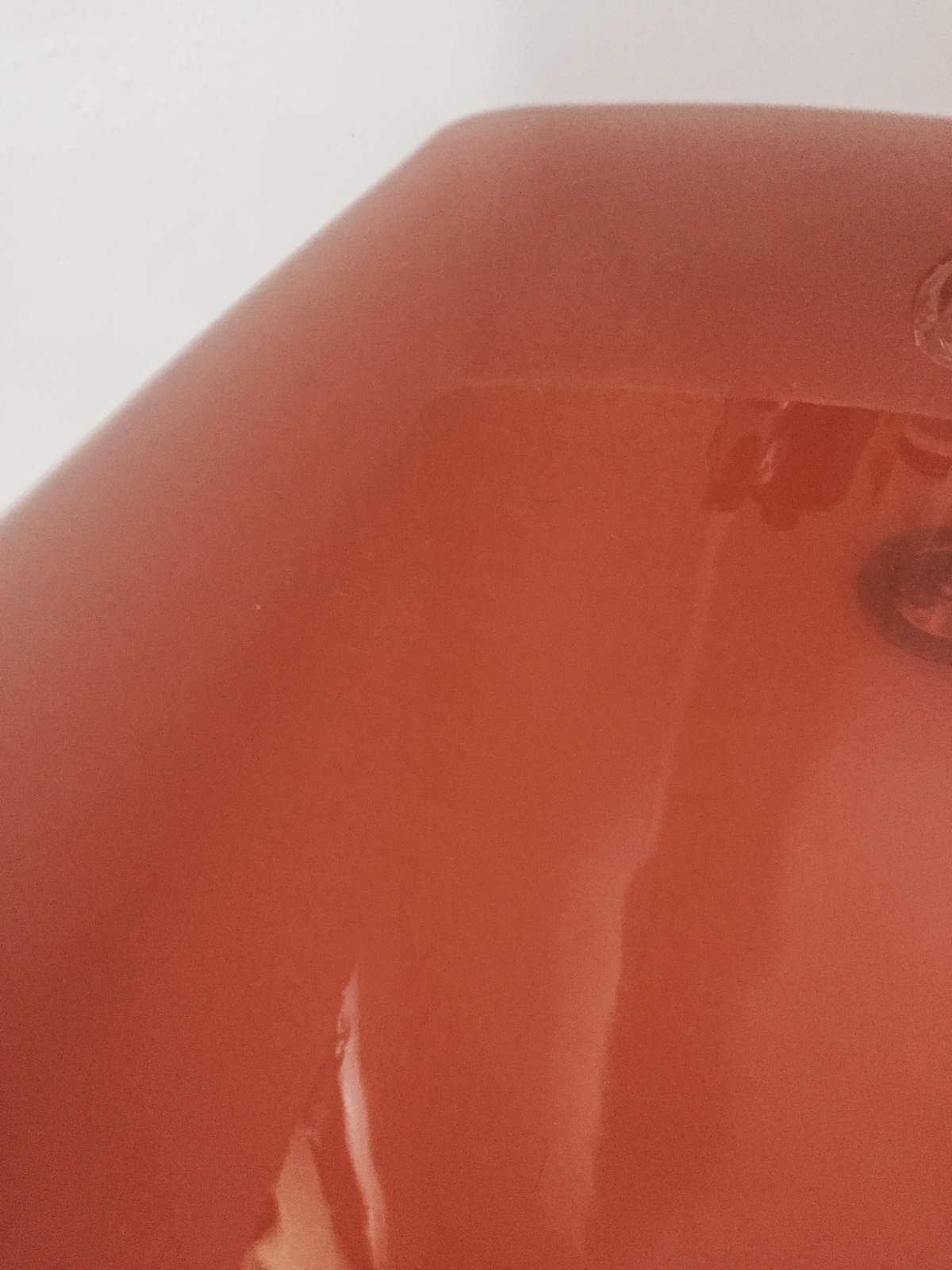 Overall I really, really loved this bath. I hope it comes back for 2017 and please Lush if you’re listening, don’t keep it just for Oxford Street and the Lush Kitchen!