If you frequent my local area of Milton Keynes then I am sure you have heard of Frosts in Woburn Sands.

It is ultimately a garden centre but local peeps know it offers so much more than that. Frosts put on an impressive array of events throughout the year from their infamous Santa’s Grotto, a sandy beach in the summer and a real ice rink in the winter. Then there’s the various hands-on events that can teach you how to make candles, wreaths or flower arrangements. They even advertise special events in their restaurant with various themed afternoon teas.

But for now it’s October, it’s half term, Halloween is exactly one week away and the circus is in town. Having set up home in a big black striped circus tent at Frosts Woburn Sands, they are promising spooky thrills with a Halloween themed family show. So what does that entail? Keep reading…

So this weekend after receiving a spooky invitation to come check out the circus. Mr LouBou, our two year old little monster and I arrived at Frosts all eager to see what was in store for us.

The tent is situated alongside the main car park. There is signs directing you from the car park/alongside the Frosts Food Hall building for the short sloping walk down to the circus tent.

When we entered the big top tent we were greeted by an assortment of Halloween characters and saw vendors selling popcorn, candyfloss and a few different types of wiggly worms on sticks and toys to wave around in the air. 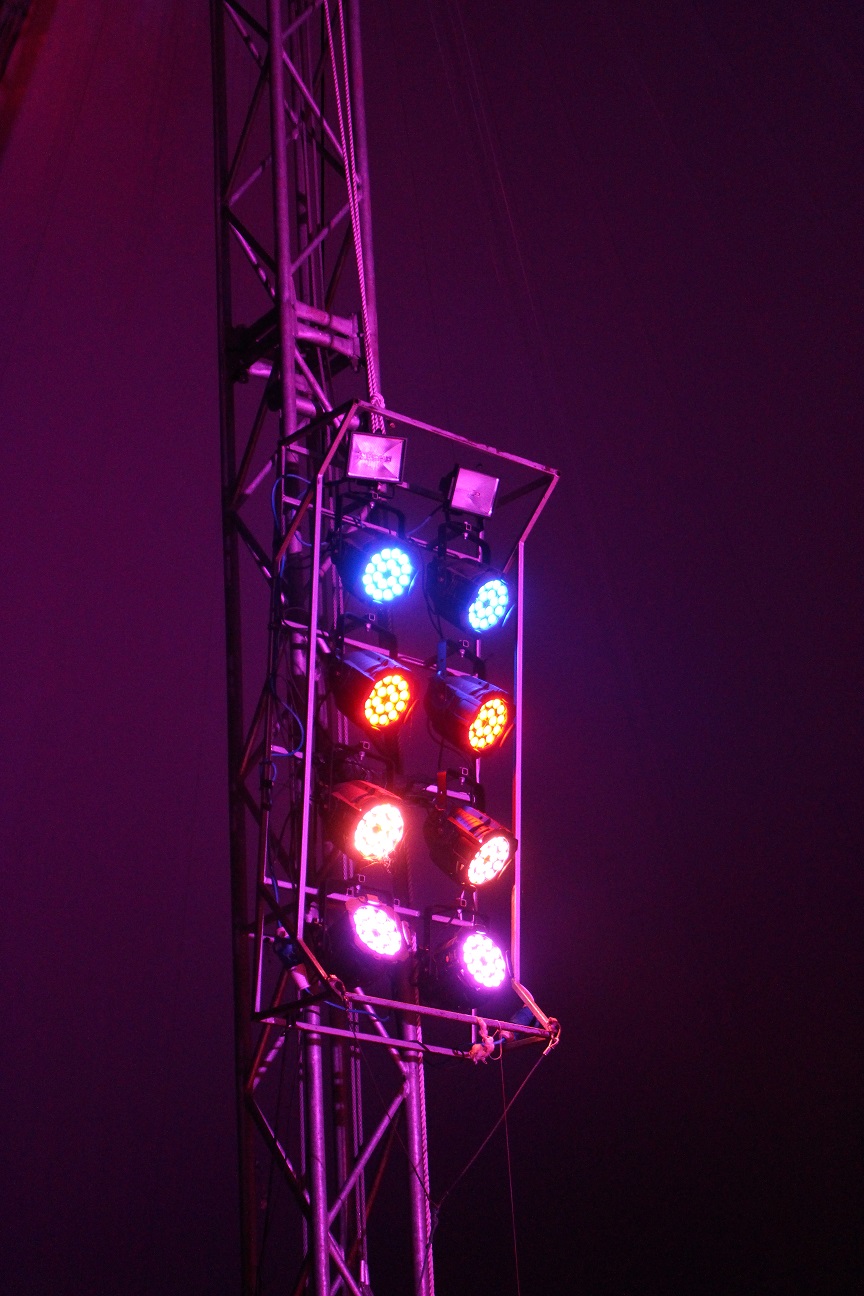 The stage is in the middle of the tent and on three sides of it are the public seating areas. With floor seating and then tiered seating which is accessed by stairs so everyone can get a good view. Tickets do not include a reserved seat so my advice is to arrive promptly for your showtime so you can cherry-pick the best seats in front of the stage. Saying that though, the seating area isn’t huge so even if you’re sat right on the back row I am certain you won’t be struggling for a good view as you aren’t that far away at all from the action.

Second piece of advice is that you have to remember that it is nearing the end of October and the weather is getting colder. This is a circus tent, so a tent, basically. It is heated but it’s not like being inside a theatre so if you are attending please make sure you and your party are wrapped up appropriately to ensure for different temperatures. You don’t want you or your children to feel uncomfortable whilst trying to enjoy the show.

I’m not going to go into massive depth with what the acts are or what happens during the show as I don’t want to spoil it for all the readers who are going to attend this week. What I will say is I was a bit apprehensive whether it’d be relevant to a two year old. Our little monster doesn’t have the greatest track record of being able to give his attention to anything for longer than ten minutes at a time and of course the Mummy anxiety was high as the show is advertised as lasting approximately 1 hour.

I didn’t need to have worried one bit.

For the entire show from the wait at the beginning whilst everyone was taking their seats all the way to the curtain calls where the cast were applauded and waved goodbye to the audience, this little two year old was engrossed. 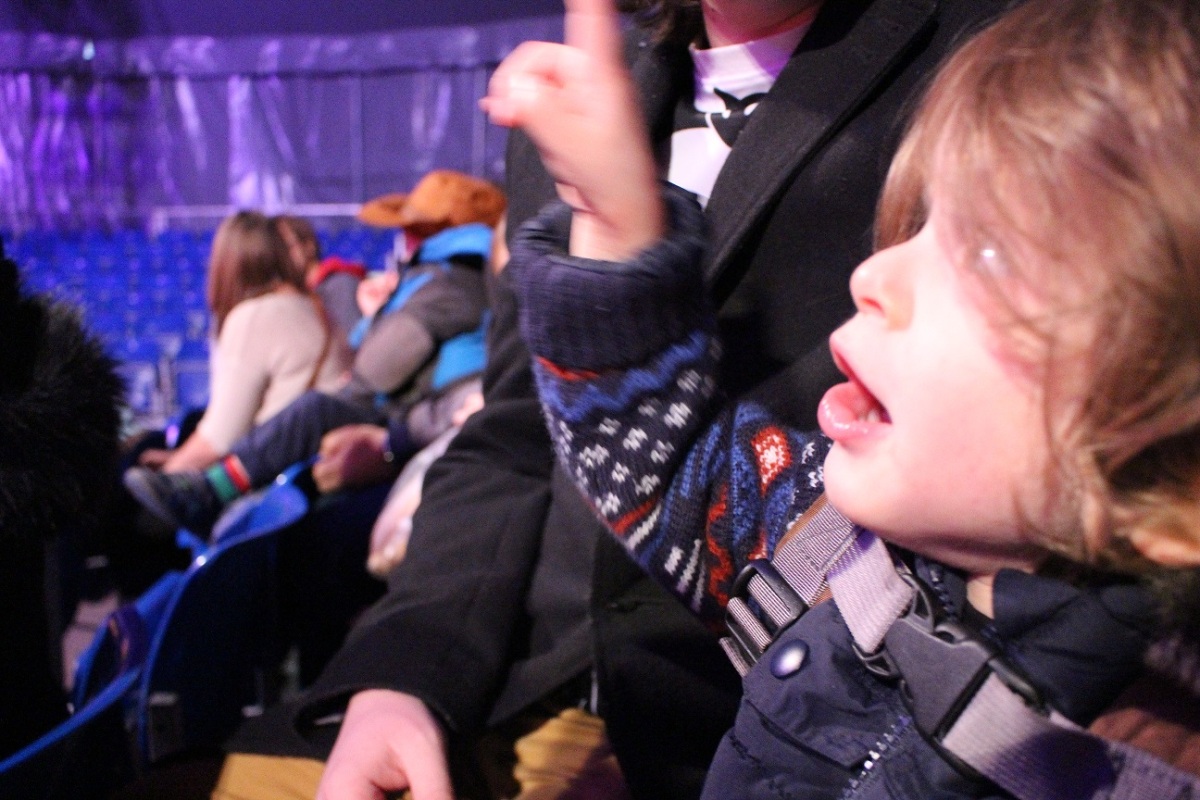 Of course there was gags and jokes that would’ve gone right over his little head but the lights, the characters, the acts and the music must have been right up his street as I felt a little tap on my shoulder during one of the acts and I turn to see him whisper to me “it’s good” whilst pointing at the stage.

There is one act at the beginning of the show that actually put the creeps on me for the first few minutes but the toddler seemed oblivious (innocent mind). There is a mild Halloween theme but I wouldn’t say Halloween or anything too scary dominates the show. Frosts says the show is suitable for all ages and I have to sort of agree. There was no point in the show when my (super sensitive) two year old got scared, cried or wanted to leave so that’s good enough for me!

IS IT WORTH A VISIT?

For £6.99 per ticket I think Frosts is offering a lot of entertainment for your pound with the Halloween Circus.

But in the same breath, adults do note: You aren’t going to be witnessing a Cirque Du Soleil extravaganza. It’s £6.99! But for an entertaining family-friendly trip out with not far too travel, then I think it’s excellent value. It is half term and I know there is plenty of parents and guardians out there that will pay double that for entertaining children.

ANYTHING TO BE WARNED ABOUT?

The show does use flashing/strobe lights and a smoke machine. I didn’t hear or see any announcements particularly about the lighting used so Frosts if you’re reading, it might be worth mentioning to customers in case of medical requirements. There’s a few loud noises and lots of music and bad jokes.

There’s a clown. Of course there’s a clown, it’s a circus? But maybe if you’ve become a bit sensitive with the recent local news regarding clowns then you might be on edge but please be assured this clown isn’t scary, promise.

ARE YOU REALLY NOT GOING TO SAY ANYTHING ABOUT THE ACTS?

I really don’t want to ruin it for those who are attending but I’m happy to say there’s an amazing balancing act, an aerial acrobat, a slightly scary mummy (that caused me to be a scared mummy), a cowgirl and of course, a clown to name a few.

ARE YOU REALLY, REALLY NOT GOING TO SHOW US PHOTOS OR VIDEOS OF THE ACTS?

Oh, go on then. Nothing spoiler-rific though! 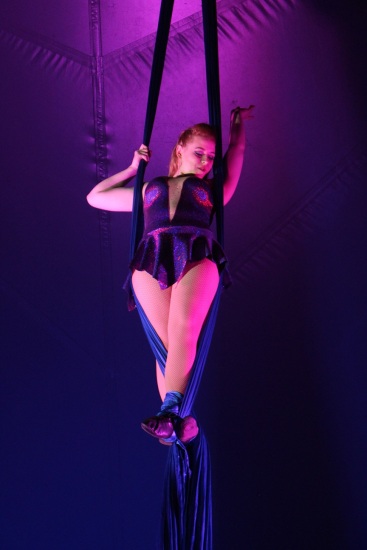 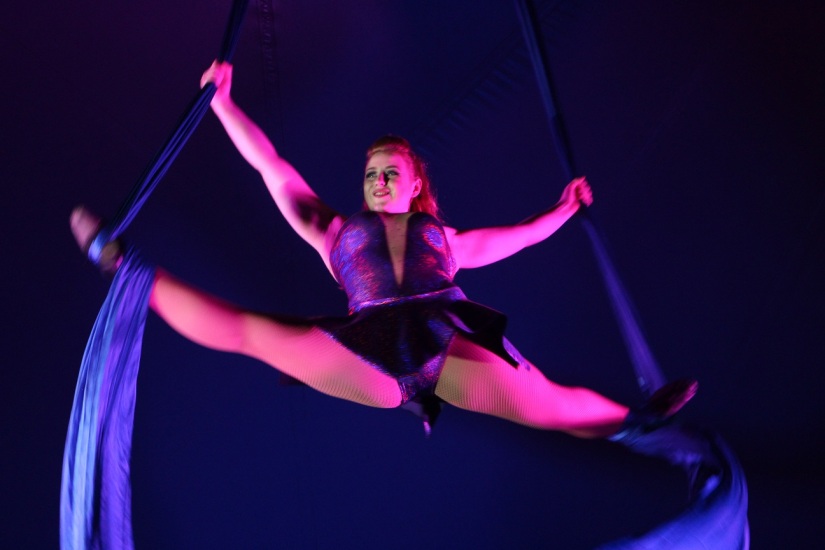 That’s your lot for now folks.

Subscribe to my YouTube channel and I’ll upload some videos of the acts especially for those who are unable to attend but still want to see a glimpse of the show.

Halloween Circus at Frosts Woburn Sands
22-31 October 2016
Various showtimes each day (see Frosts for exact timings)
£6.99 per person (Under 18 months do not require a ticket if sat on a lap)
https://www.frostsgardencentres.co.uk/garden-centres/woburn-sands