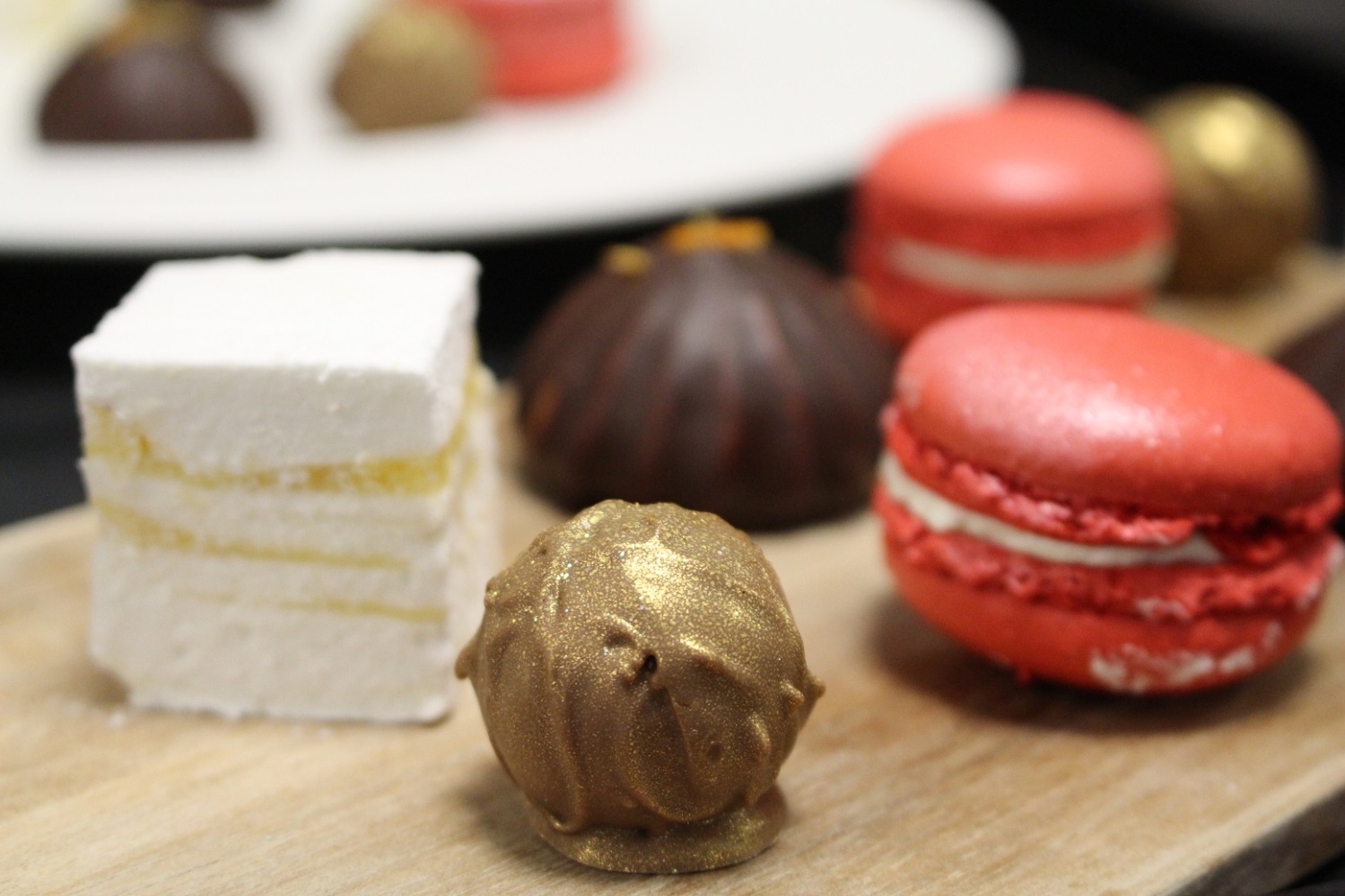 Do you know Claire Clark? She is one of the finest pastry chefs in the world. She has worked with glitzy establishments like The Ritz, Claridges and The French Laundry, which is the holder of not one but three Michelin stars. She set up a pastry kitchen in the House of Commons and she is a Senior Pastry Lecturer at Le Cordon Bleu Culinary Institute. (Cordon Bleu is an actual real cookery thang, not just what we say when are trying to add pizzazz to our spag bol).

To put it simply; Claire makes the most tasty desserts, cakes, puddings and she has the magic to make them look even more beautiful than they taste.

You might have even caught Claire on TV as she starred as a judge on Bake Off: Crème de la Crème which was the professional counterpart to The Great British Bake Off. She has won numerous prestigeous industry awards including being the only female recipient of “Meilleur Ouvrier de la Grande Bretagne”, double winner of Craft Guild of Chefs’ – Pastry Chef of the Year. She’s even been honoured by the Queen with an MBE. Oh and if you happened to be at Mr LouBou and I’s wedding, that wedding cake that you was drooling over, Claire made it. How lucky were we?!

Luck ran strong for Milton Keynes College too, when an impromptu tweet from Tony Oxley, the Programme Manager for Catering at the college offered Claire a disused pastry kitchen to use. This planted the seeds that blossomed into the brand new Claire Clark Academy; Centre of Patisserie Excellence.

Fulfilling a lifelong dream for Claire, the centre for patisserie excellence has space for 14 full time students to immerse themselves in patisserie and even have the opportunity of work experience in Claire’s own business Pretty Sweet based in London.

The academy isn’t just catering for the professionals. Whilst there are professional part-time courses, there is also an opportunity for home bakers, baking enthusiasts and even those who may fear baking to undertake the numerous one day courses on things from chocolates to french patisserie. As a lover of eating patisserie but with very little skill, I need to attend every one of these! 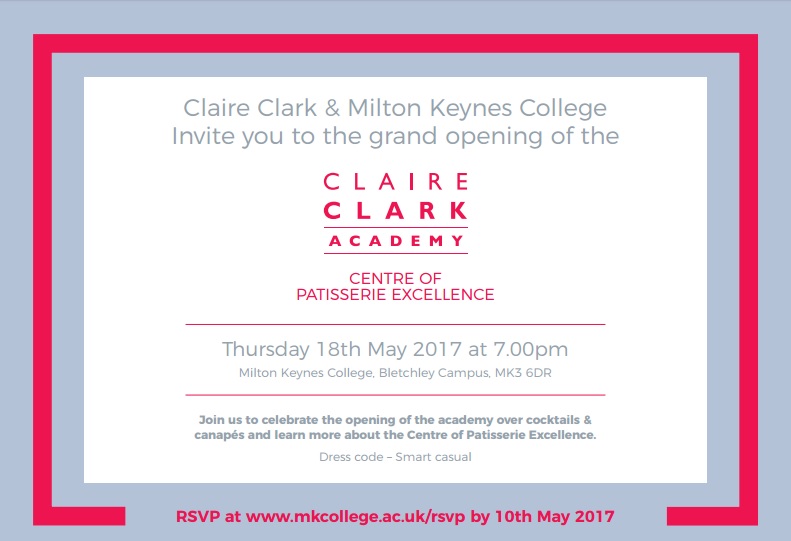 A couple of weeks ago was the very glitzy launch event and it was super exciting going along to see what Claire and the college have been hard at work creating. 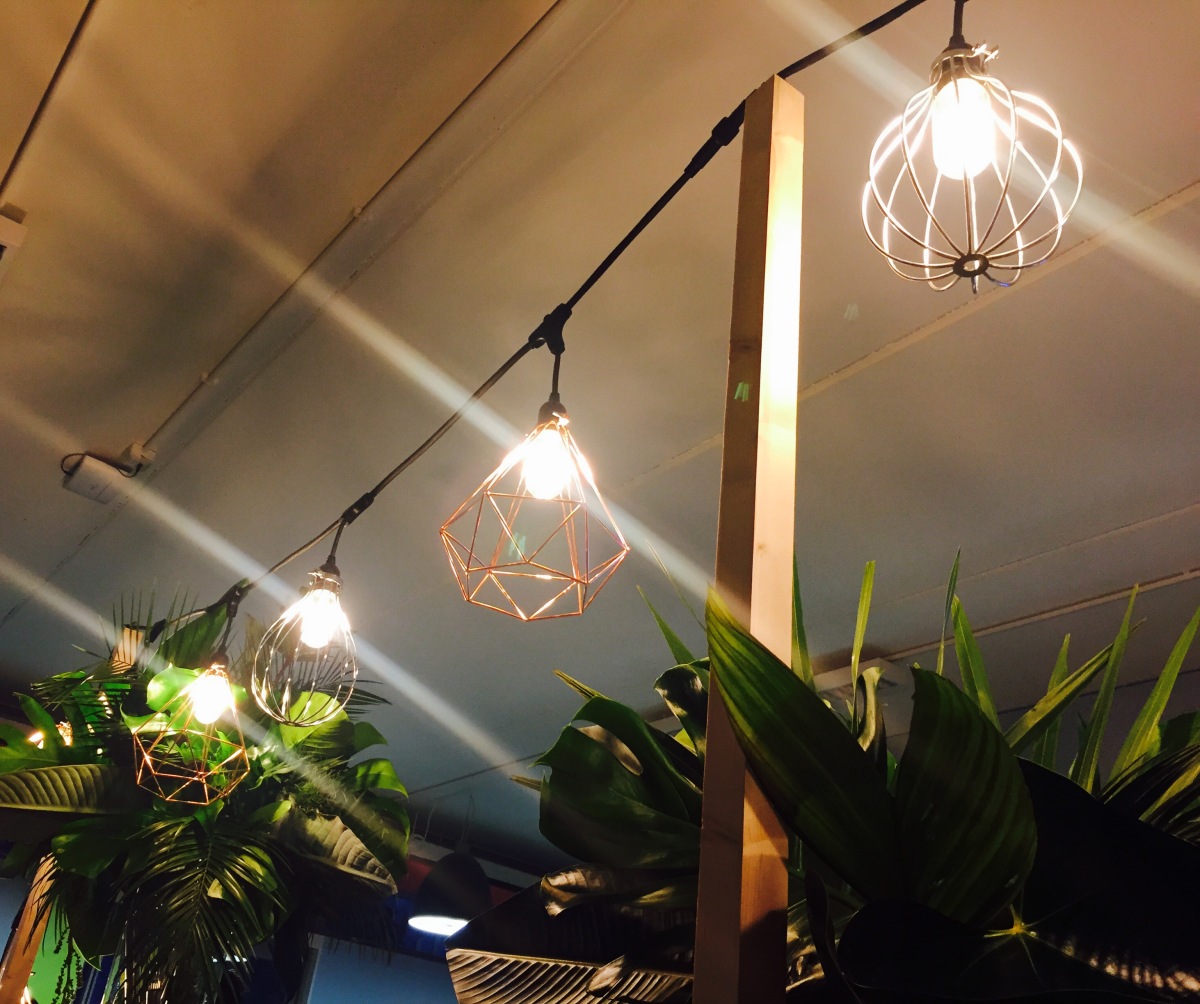 The main room for the event was the college refectory. The large room was dressed up with the same perfection to detail that Claire gives to everything she does.

It sure didn’t feel like a college canteen. Look at the cute use of kitchen utensils for decor! 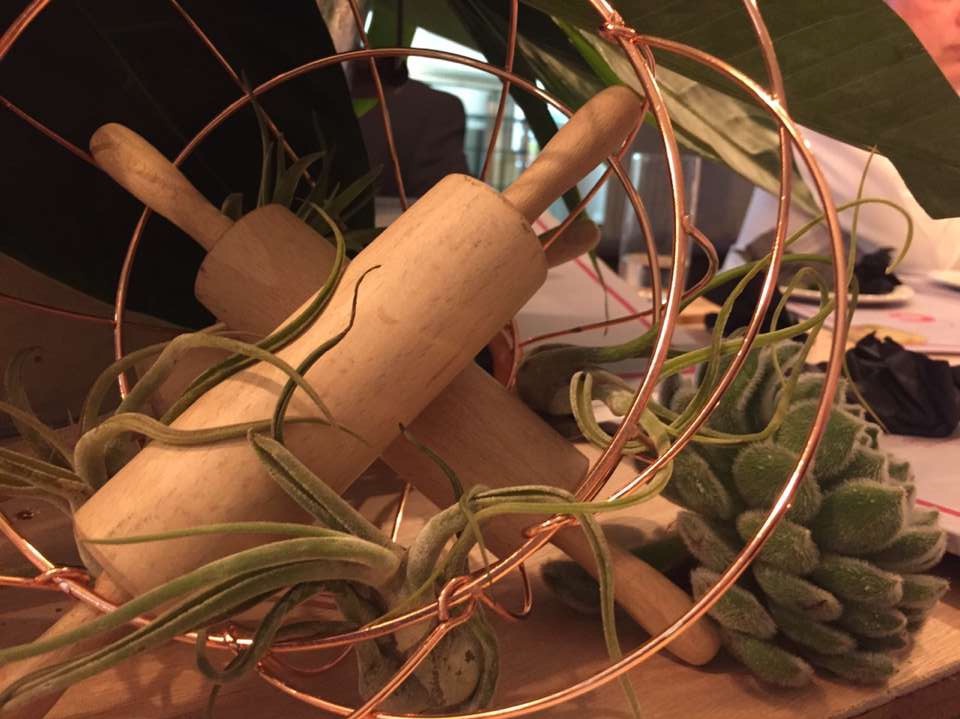 As someone who is lucky enough to have seen the inside of Claire’s own kitchen, the use of rolling pins just seemed perfect. She has LOADS of them.

What started off as an underused pastry kitchen has been transformed to the most amazing kitchen. And it was bright with Claire’s favourite colour, red. 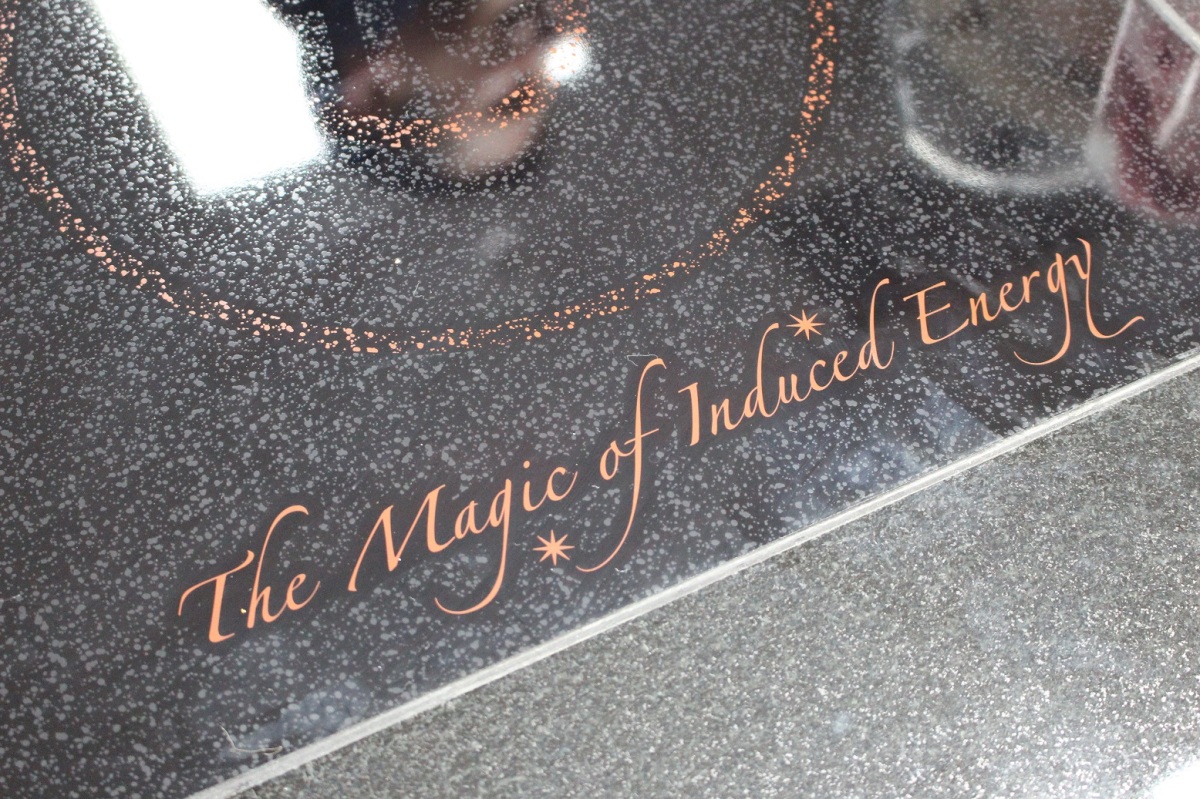 Back to the party and just look at the canapés! 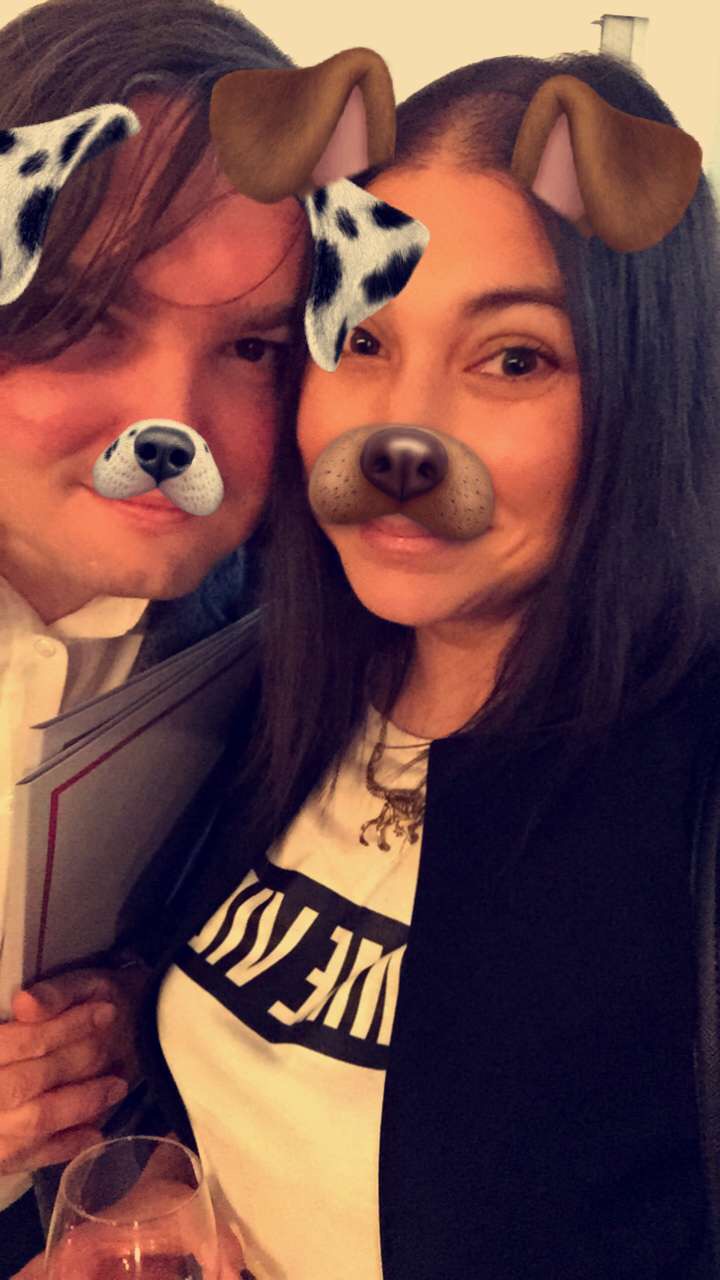 There was moving speeches from Maria Bowness, Dr Julie Mills, Tom Kerridge and the lady herself, Claire Clark.

Tom Kerridge gave an emotional speech, not only in his own words but also reading out a letter to Claire from Thomas Keller. It was so sweet.

Then it was time for sweets to be served. Made by Claire these were such a treat to feast on. 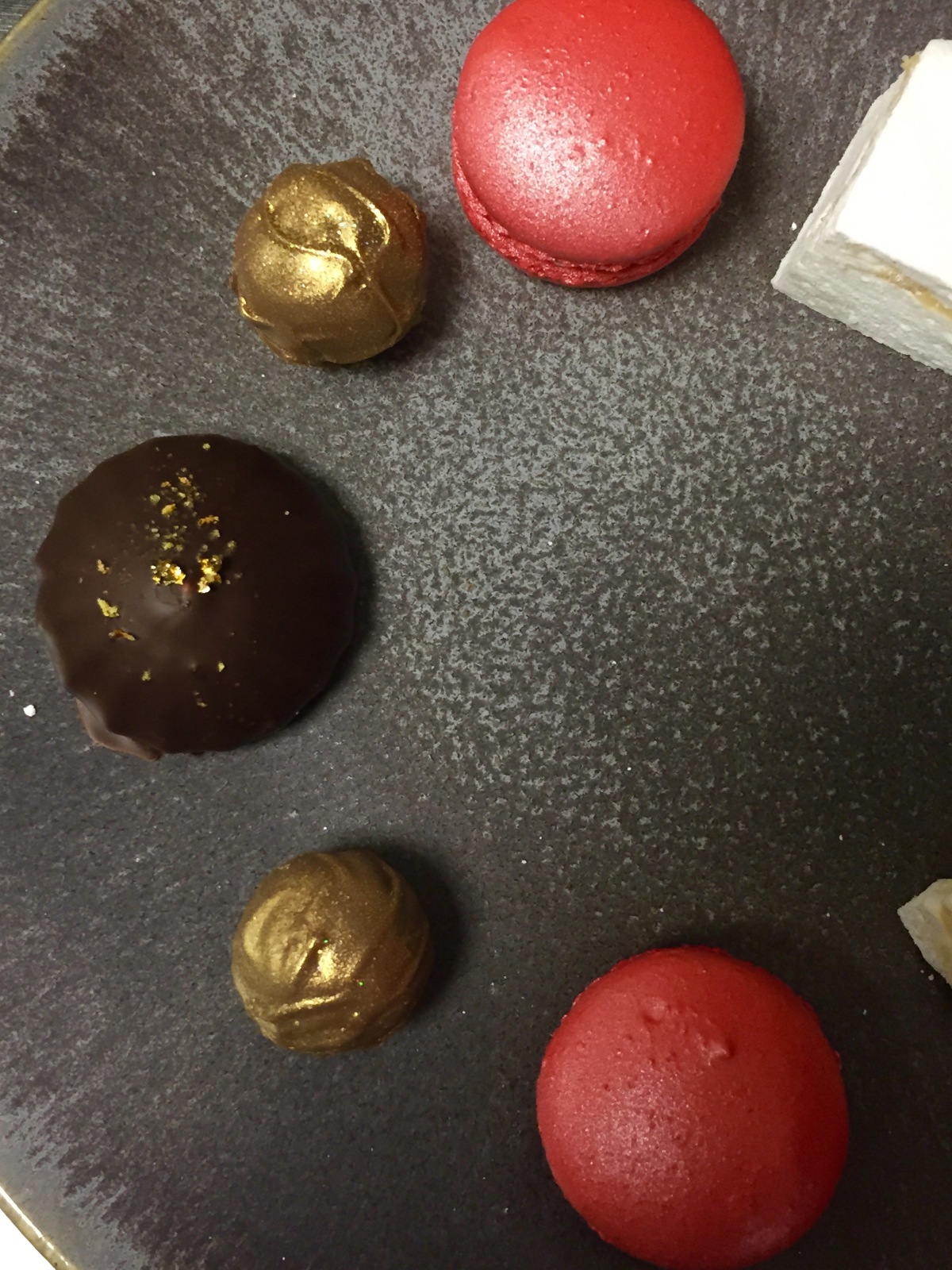 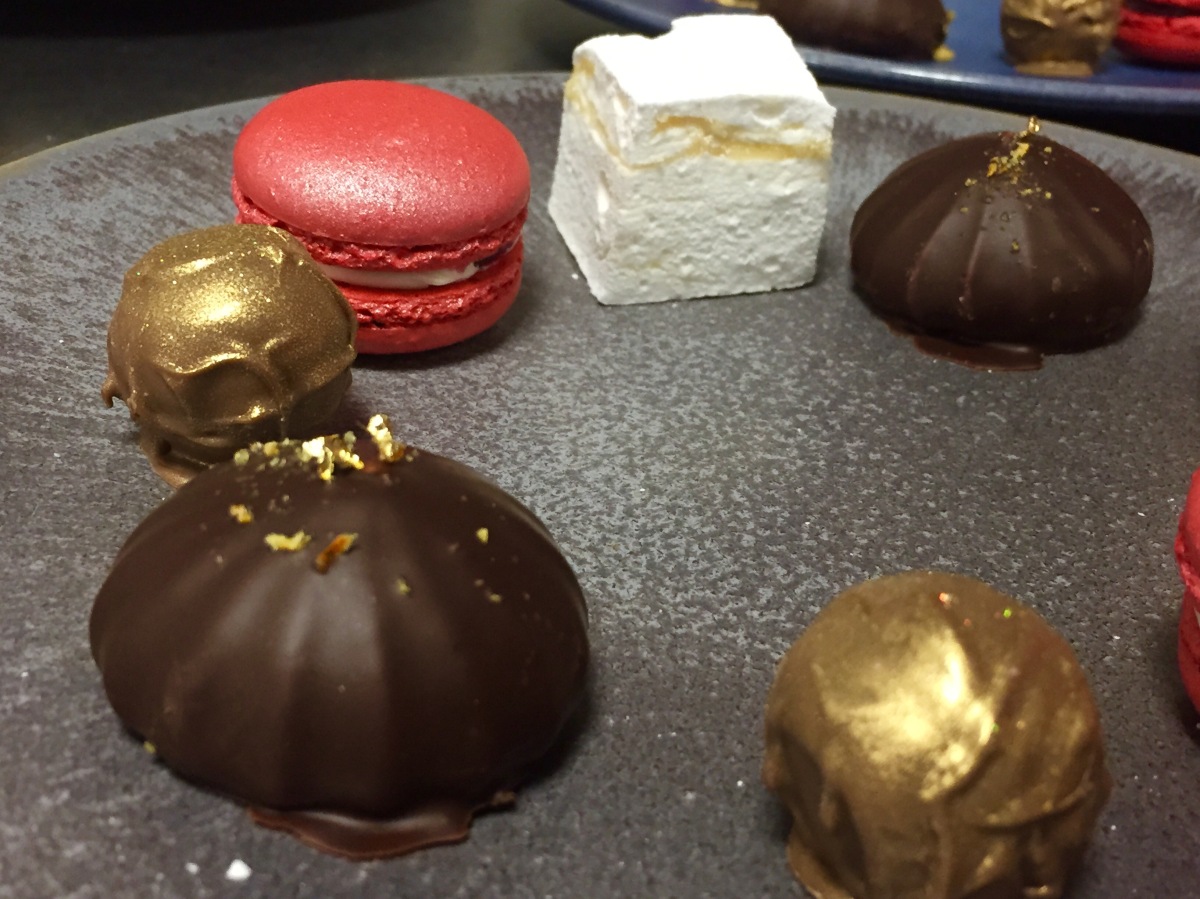 And is any evening complete if there isn’t cheese?! 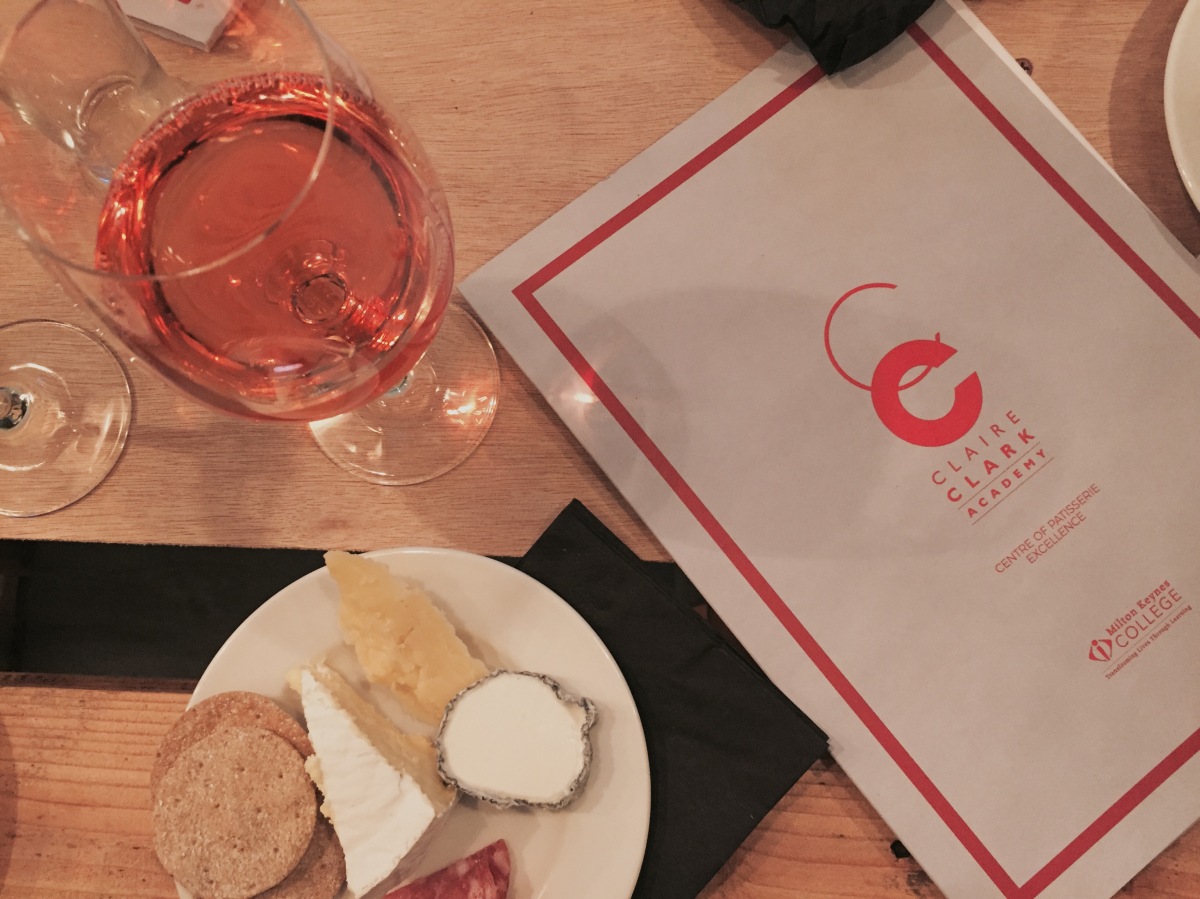 Before we called it a night, how could I be in the same place as the amazing Tom Kerridge and Benoit Blin without indulging in a selfie? 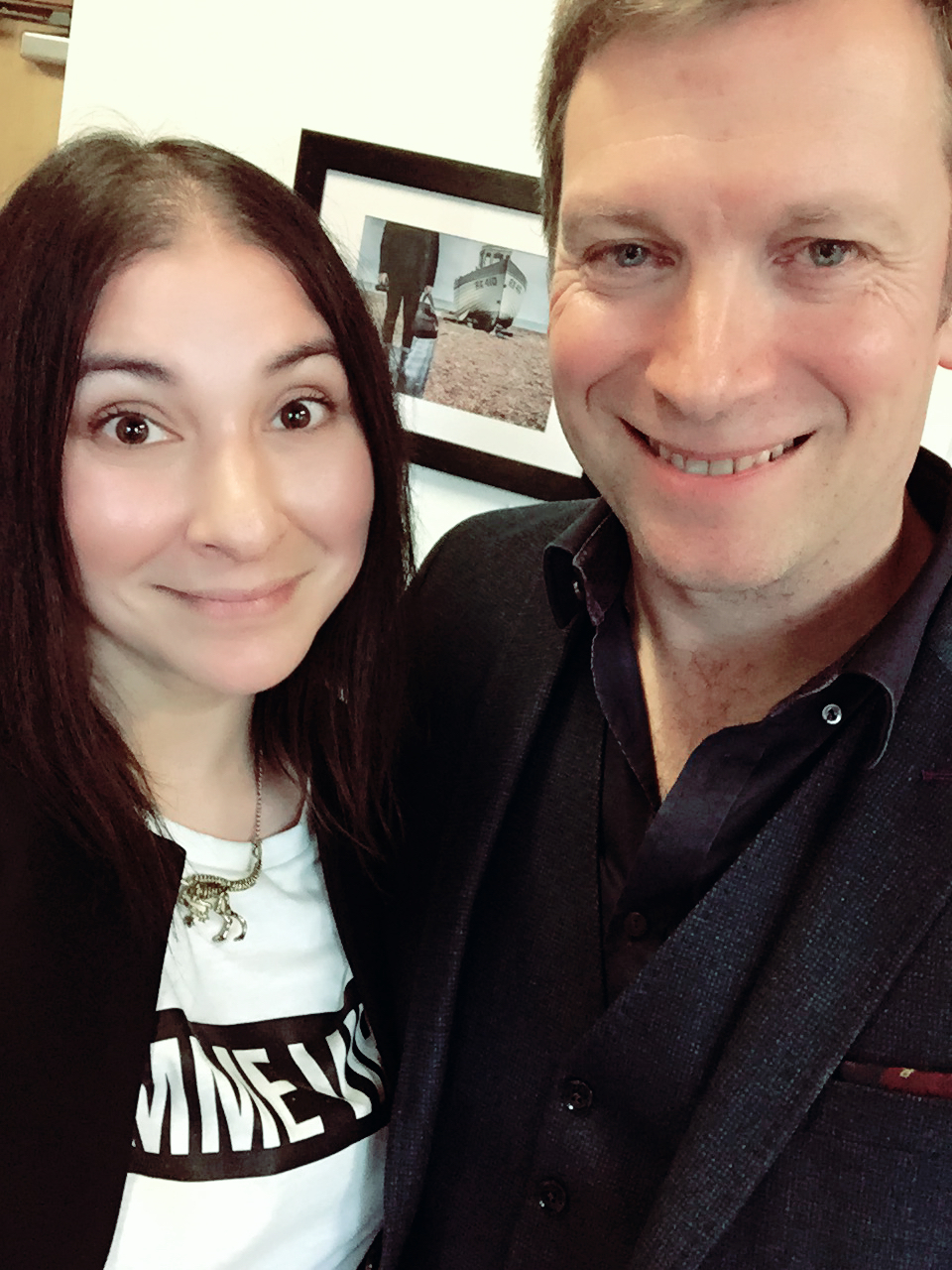 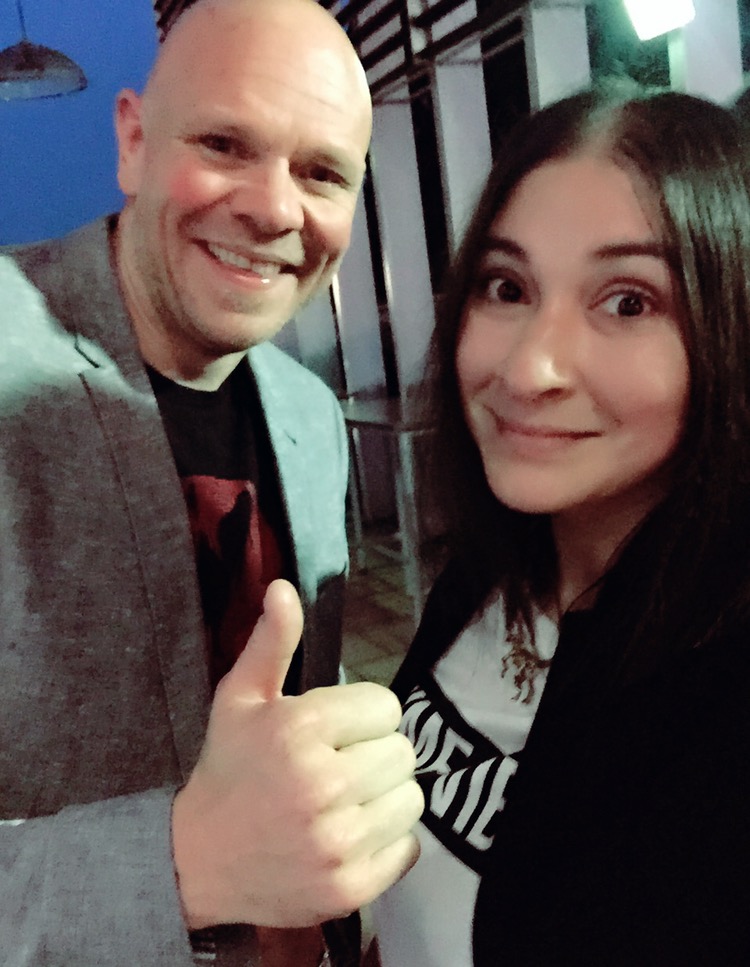 Congratulations Claire and Milton Keynes College. What an amazing academy you have built for so many to learn in. Thanks for the invitation, it was a fantastic evening and I look forward to learning some skills with you!