His first ever Birthday party with a private chef and a bouncy castle! #swag

Half Pint is now 3 years old! Well, he’s been 3 for a while. He actually celebrated his 3rd Birthday way back in July. I wanted to post about it at the time but being the clumsy mush brained thing I am, I lost my SD card with my dozens and dozens of photos of the party,  food, guests, entertainment, etc. Totally a mashed potato brain thing to do but it’s done and it definitely isn’t going to be showing up anytime soon, CUE my wonderful blogger friend Jo from Girl Eats World saving my tears with sending me a ton of photos she papped at the party. WOOP!

This was my first ever time organising any sort of kids party and thought it was going to be a walk in the park –don’t all snort at once– and if you’ve never thrown a kids party before, yes, it is a walk in the park, in the rain, whilst trying to keep twenty excited, sugar brained children under your management and failing, all while your sock falls down into your shoe.

I quickly discovered I wanted to delegate as much stress away as possible and started researching party entertainment, food ideas, decorations.

I knew that I wanted to get a bouncy castle. Thankfully Half Pint’s preschool had an event before his birthday and they had a bouncy castle, which I spied was from local company, MK Bouncy Hire. The Bouncy Hire website was straightforward, their FB messaging quick and friendly for enquiries and the price was a lot cheaper than I was expecting. I ended up ordering a bouncy castle, soft play, bubble. machine, ball pit and ride on toys and decided that was quite enough entertainment for a group of preschoolers!

For the food, I had to speak to my good friend, Spencer. His business, Eat with Spencer offers private catering and I knew he would jump at the chance of catering kiddies food. I met up with him and he kindly let me point at a billion party food photos on Pinterest.

We decided on a menu that worked. I am so gutted I don’t have photos to show you everything he made but I can assure you it was all delish! (Scroll down, down, down for a few tasty pics).

Throwing a three year old a party, even with help is a massive amount of work and it’s not cheap but it was WORTH every bit of stress and penny when I saw our Half Pint’s face light up when he arrived at his party. 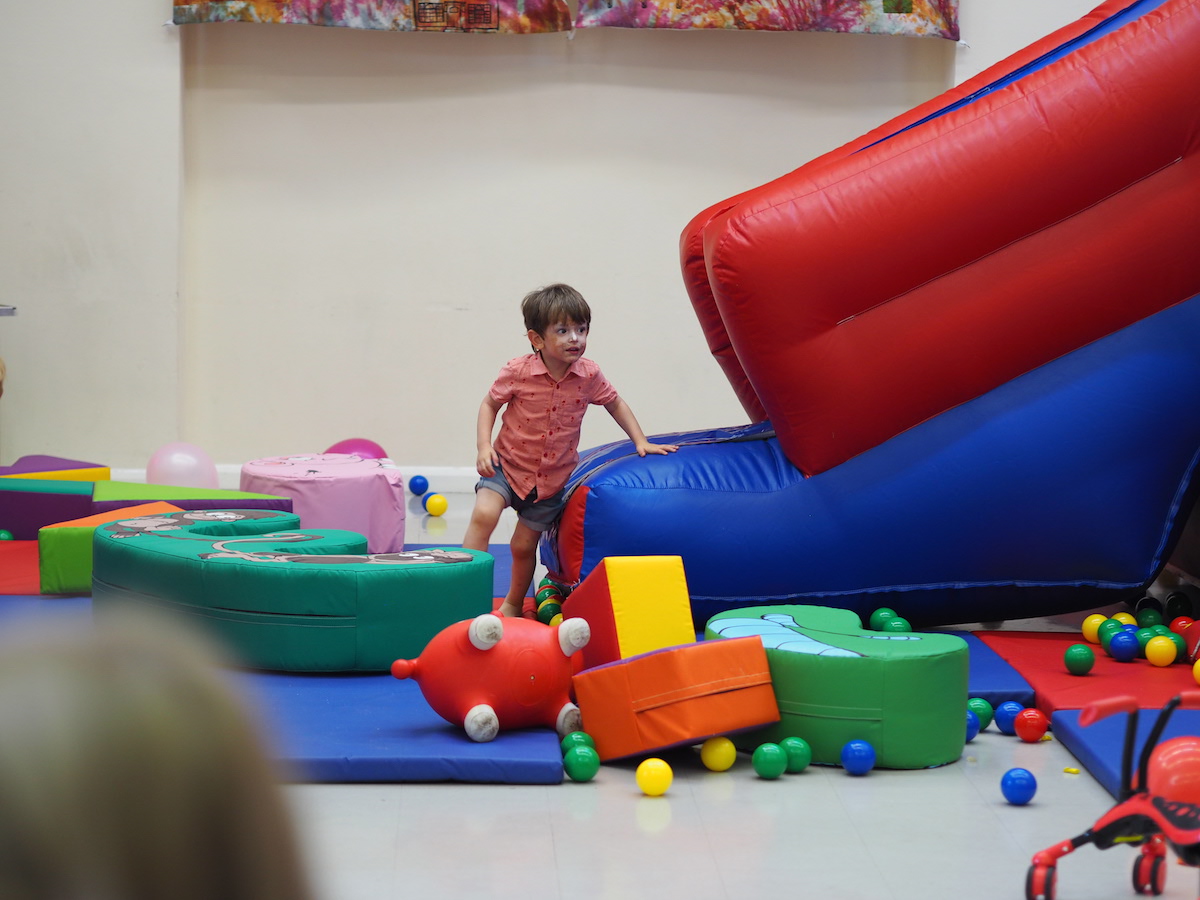 Below is some photos from the party including a few food pics. I hope you enjoy having a peek at his special day. 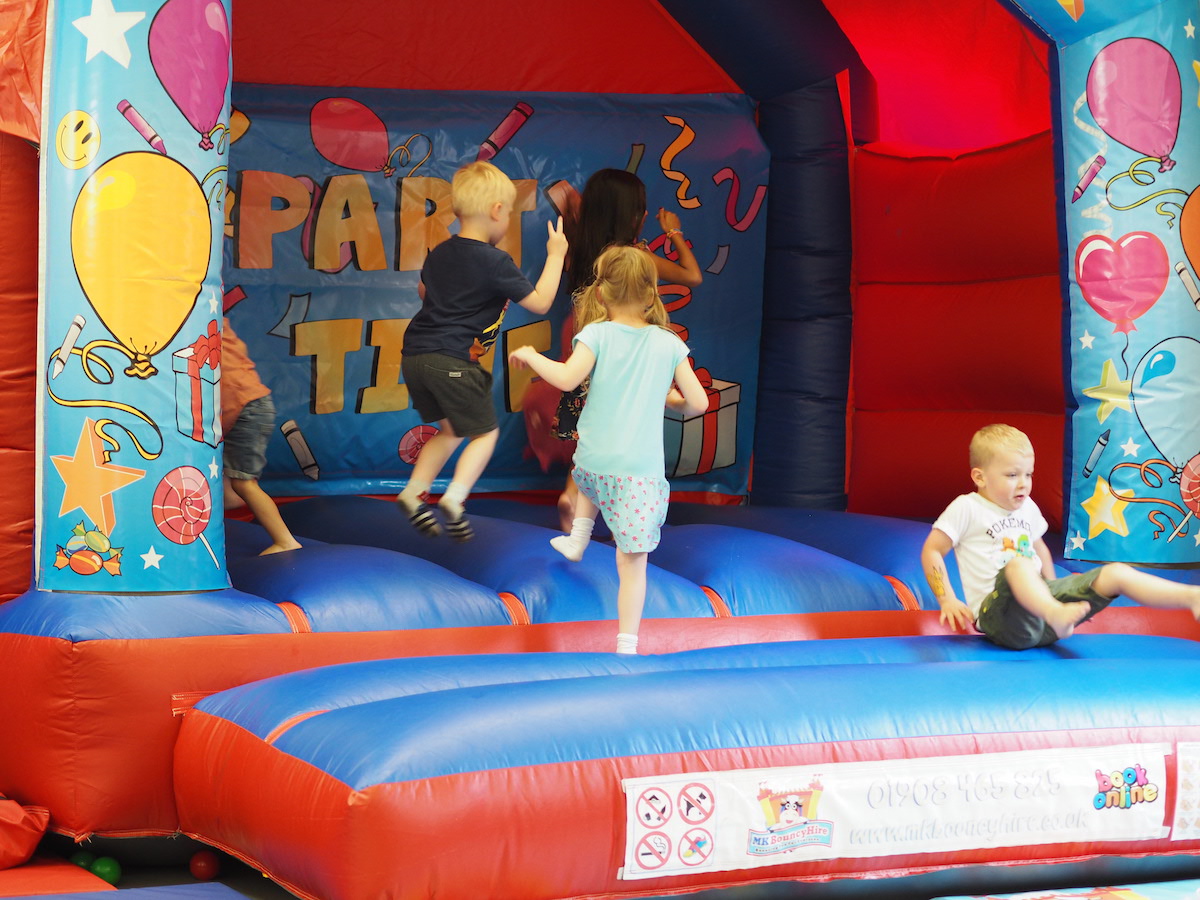 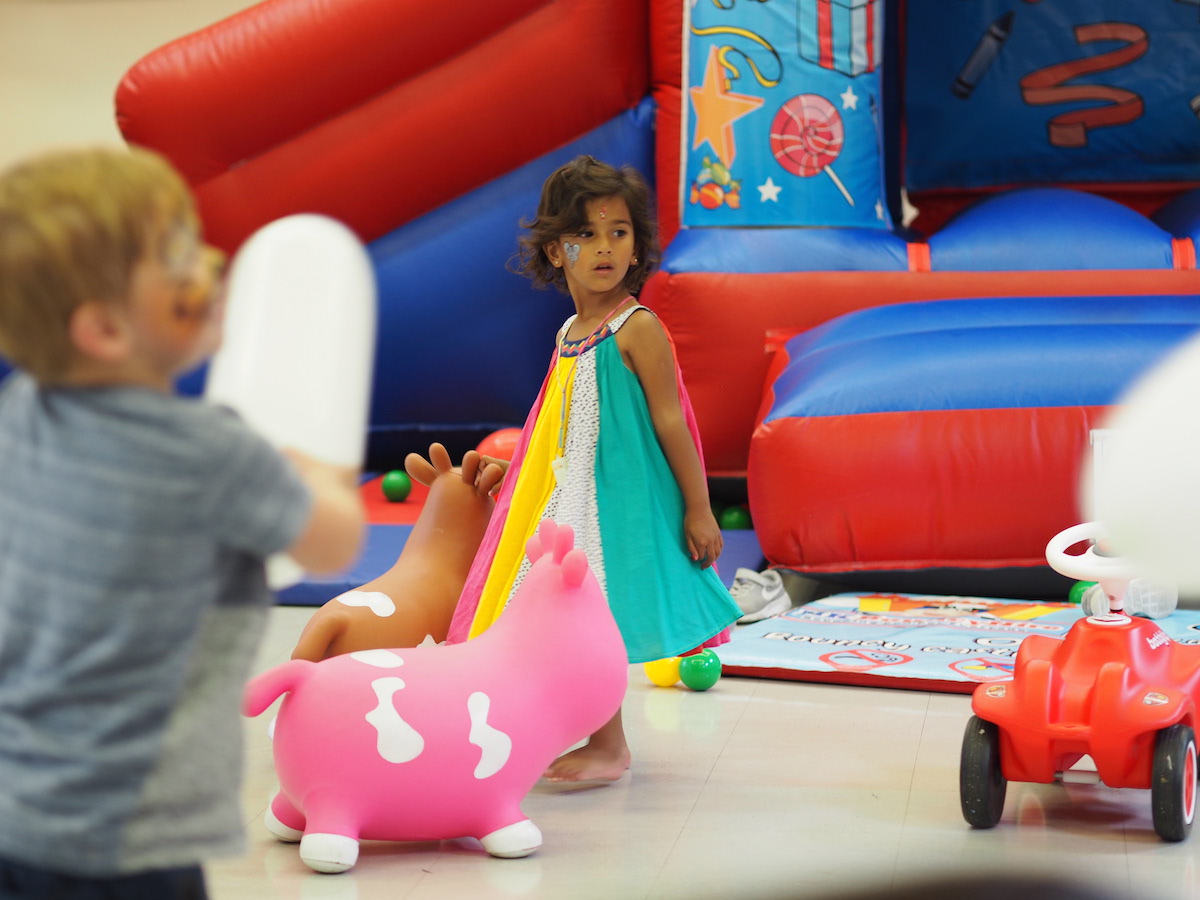 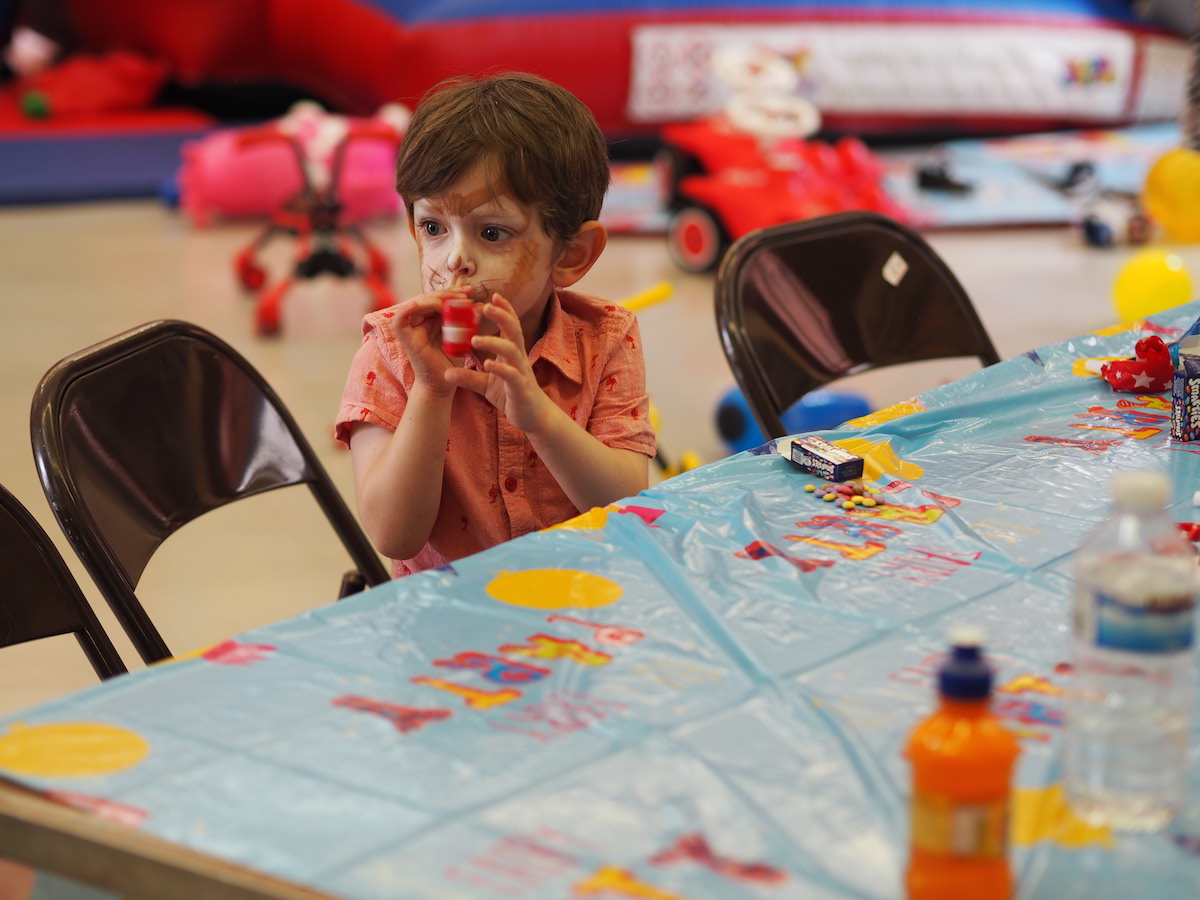 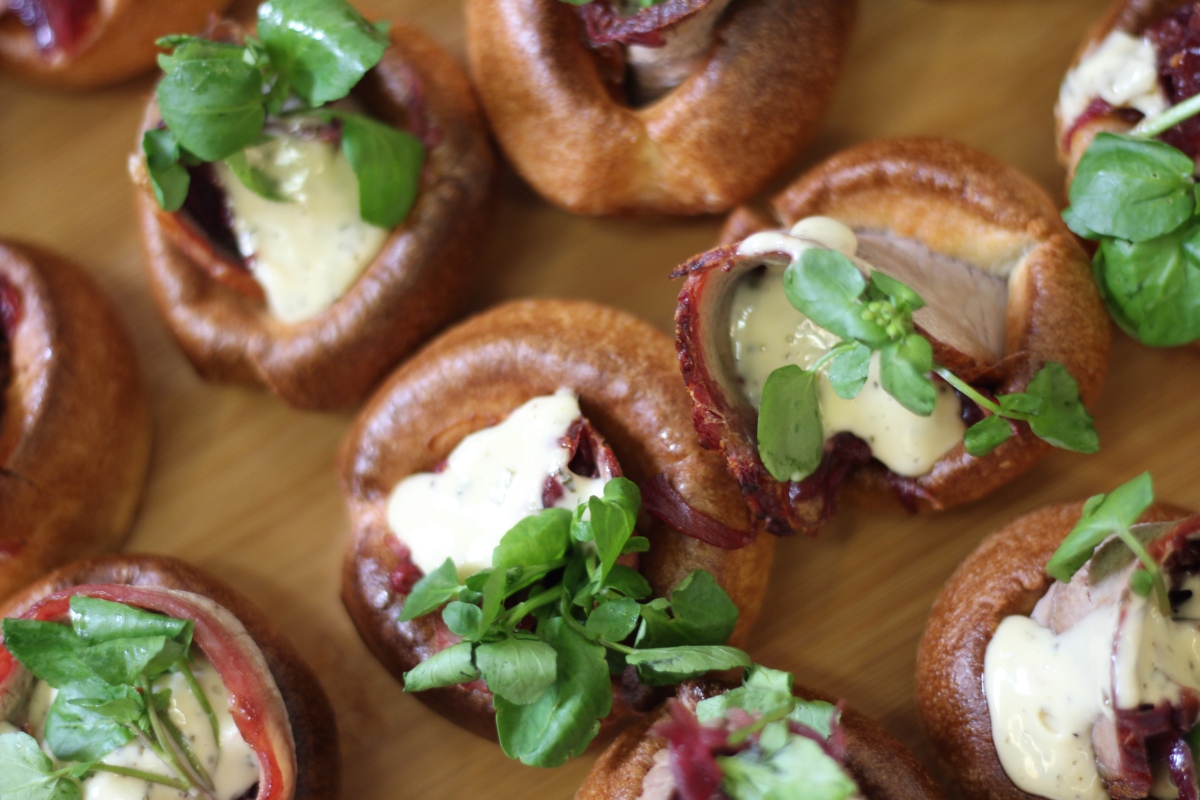 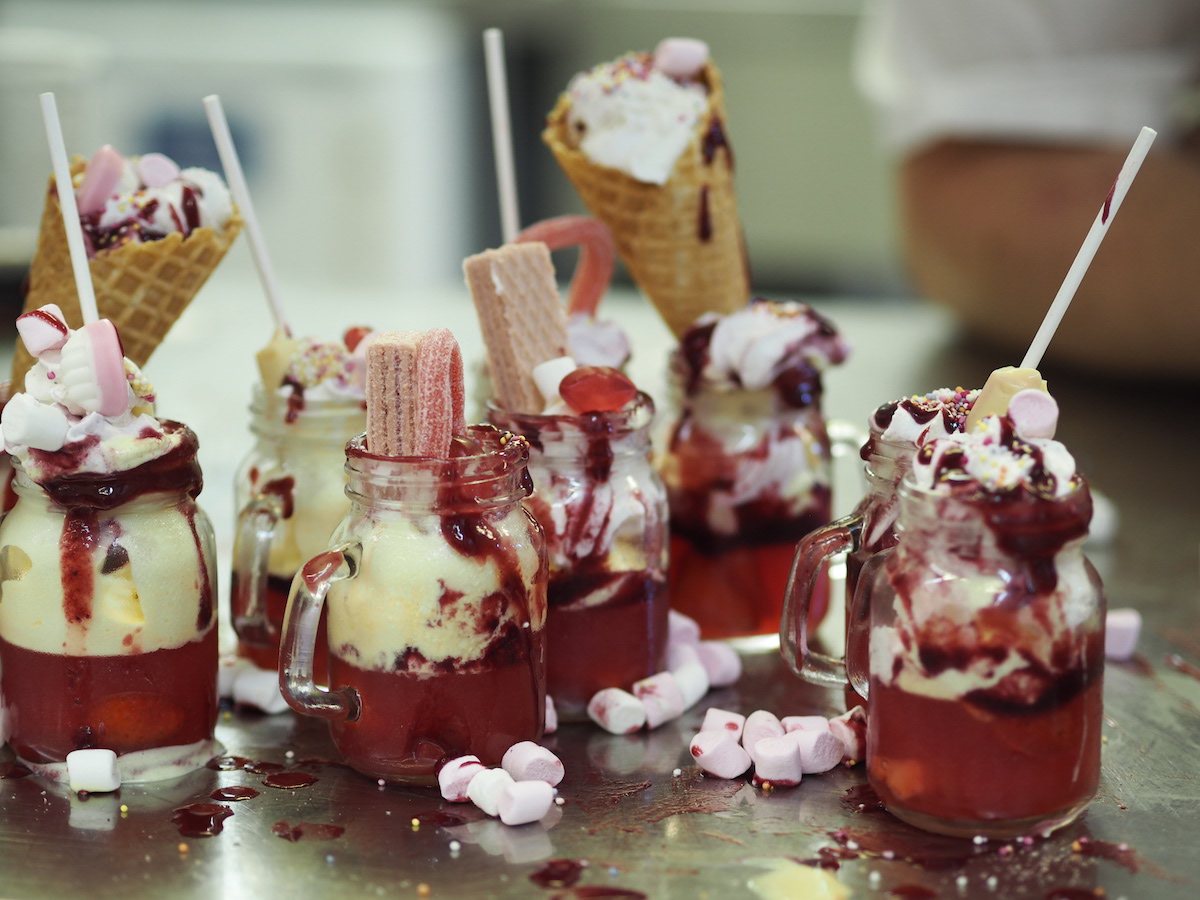 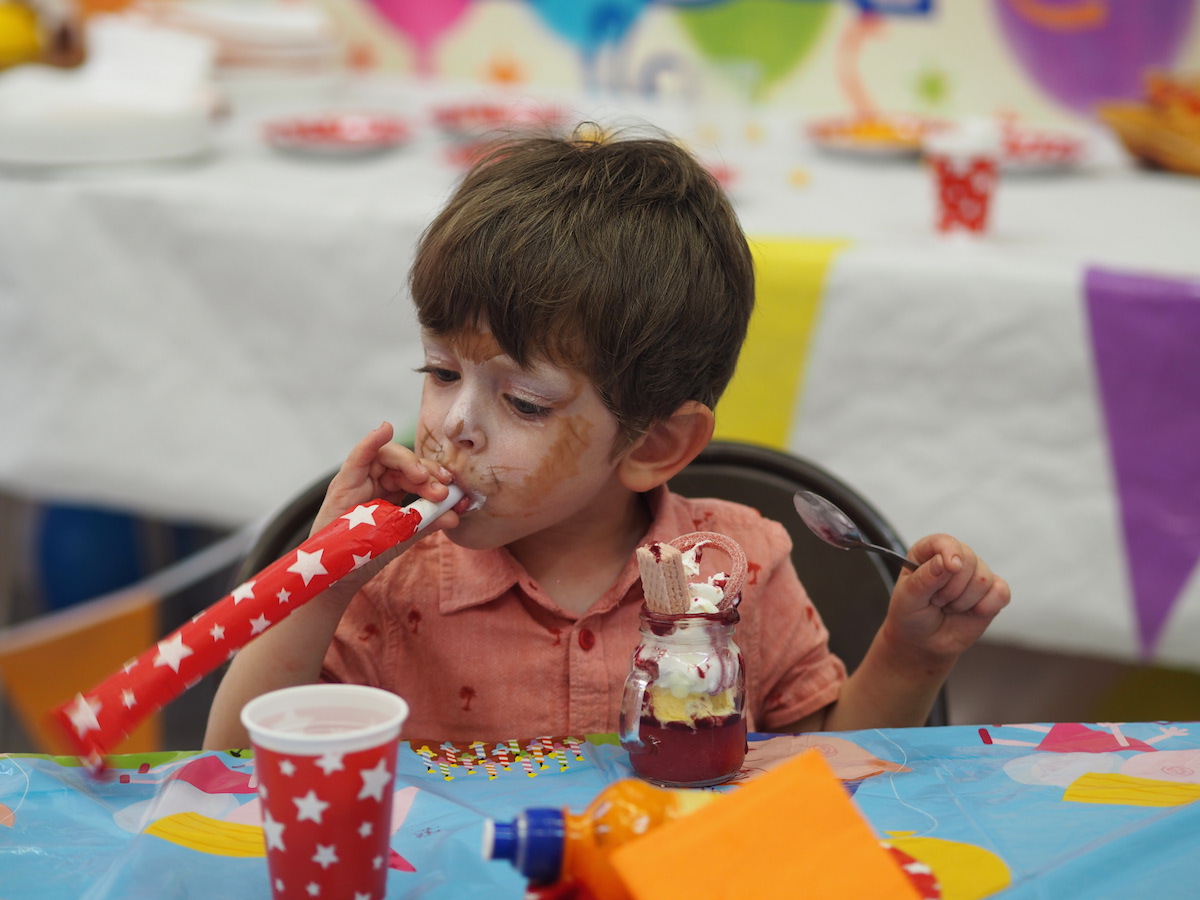 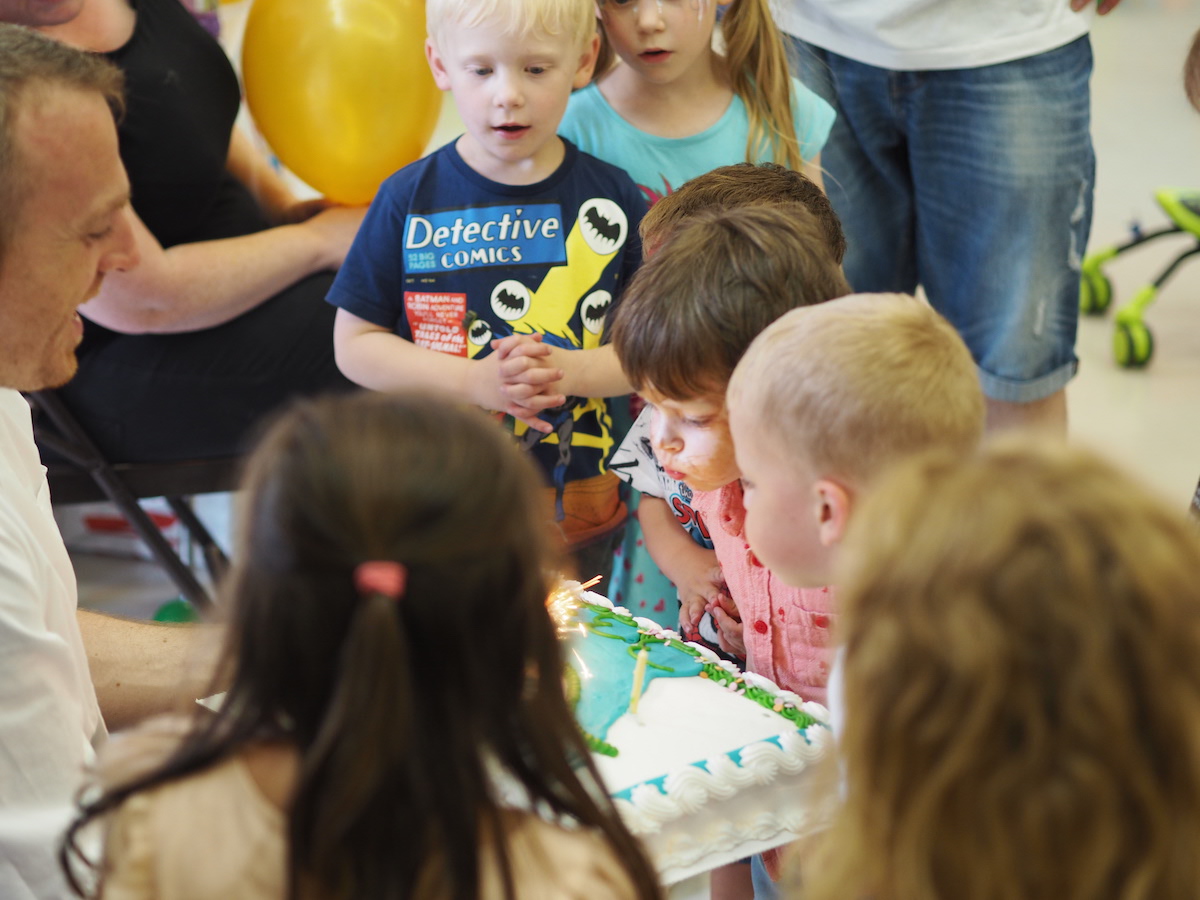 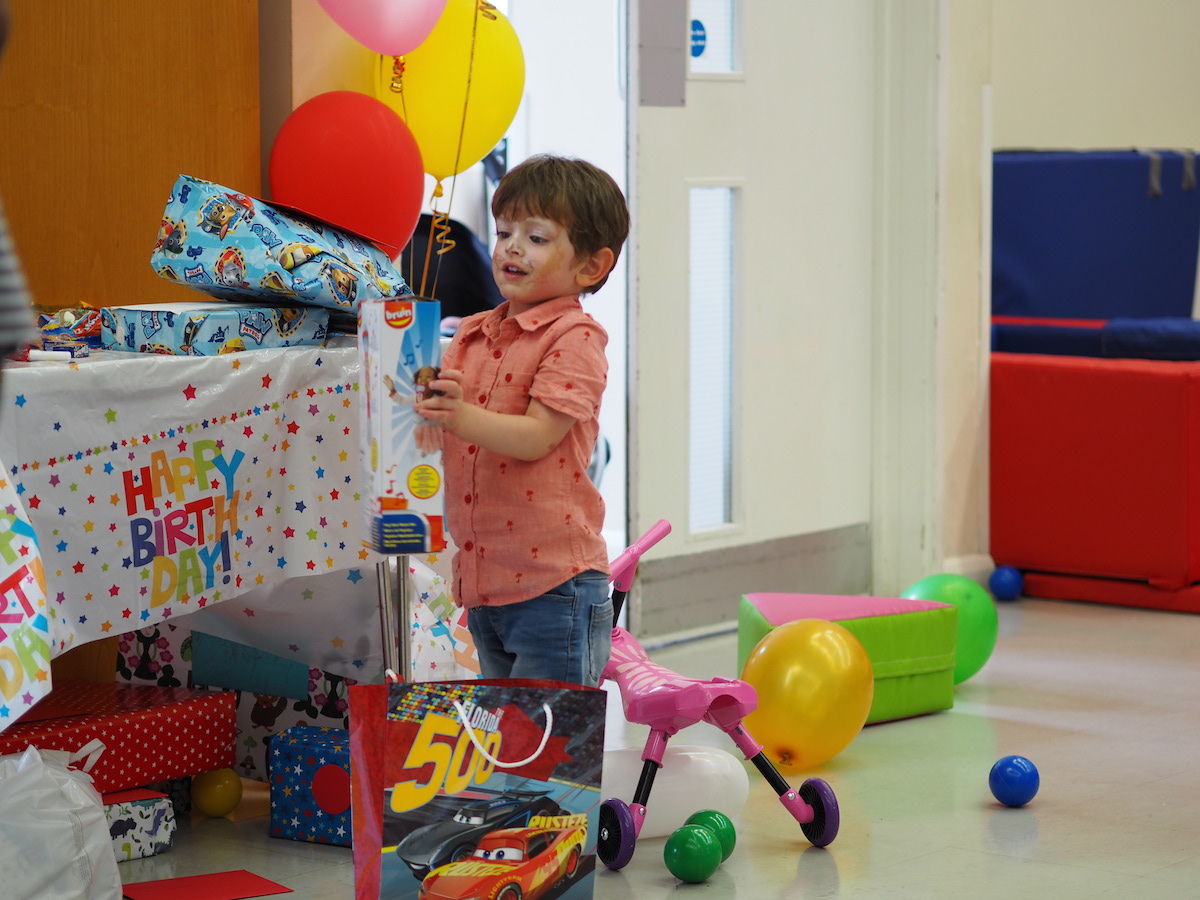 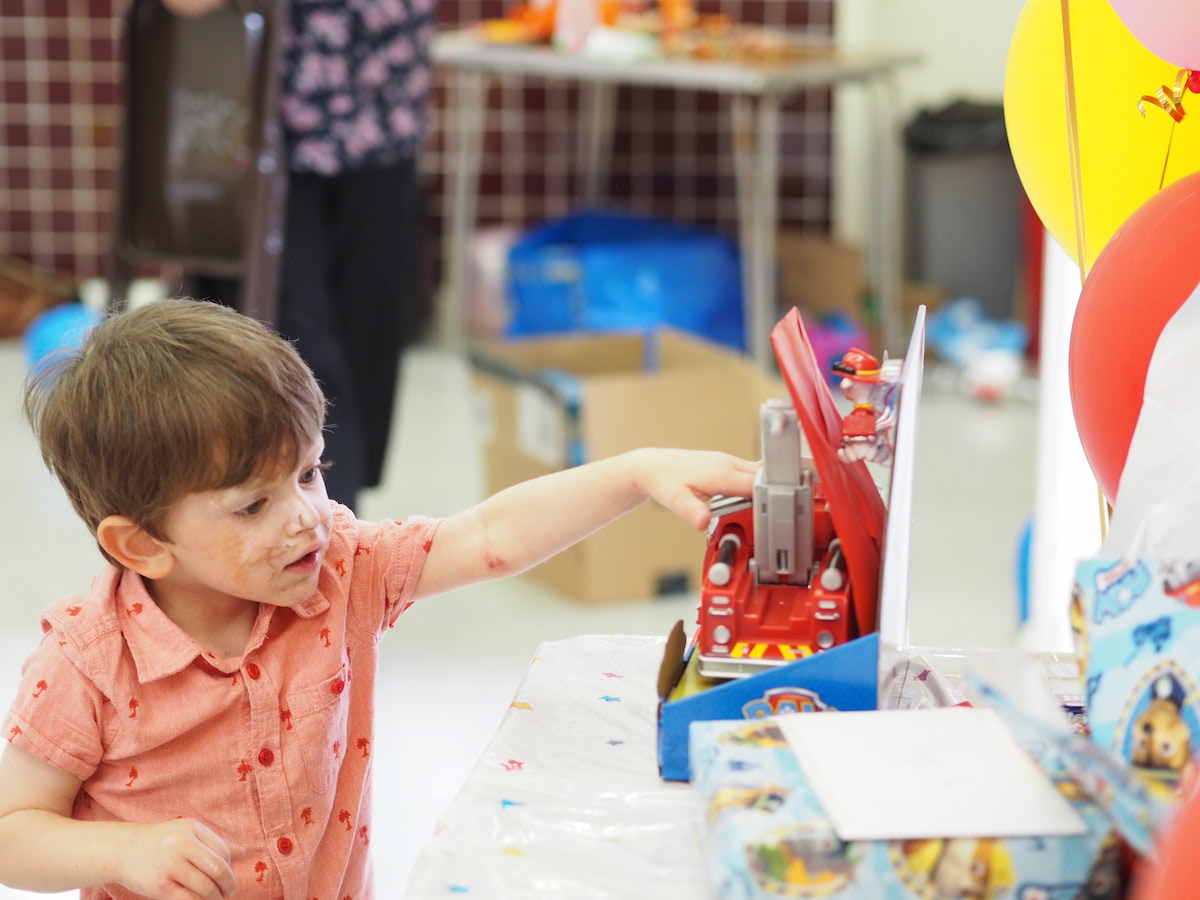 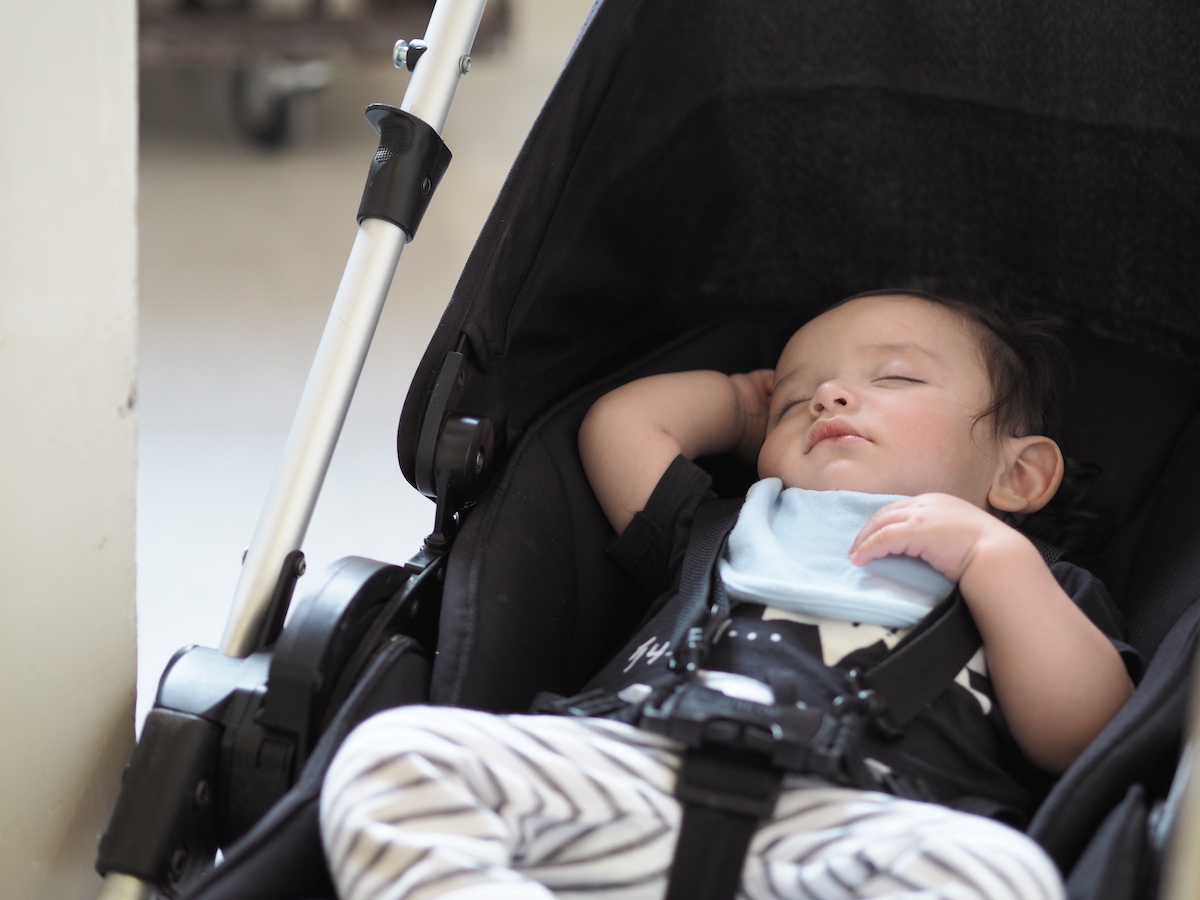 A MASSIVE thank you is needed to Eat with Spencer for creating such an amazing spread for Half Pint’s Birthday Party. Willy Wonka would have been super proud of you, I know I am.

And another HUGE thank you to my lovely friend Jo who blogs at Girl Eats World. Without you I would have barely any photos of HP’s B’day Party. Thank you so much for being so snappy!*
*99% of photos on this post are from Jo’s beautiful clicking skills.

AND last but by no means least, THANK YOU Saf from Saf’s Kitchen for not only getting that Eat with Spencer apron on and doing lots of cooking but also staying behind and helping me clear up all the chaos. You are a wonderful friend. ❤️